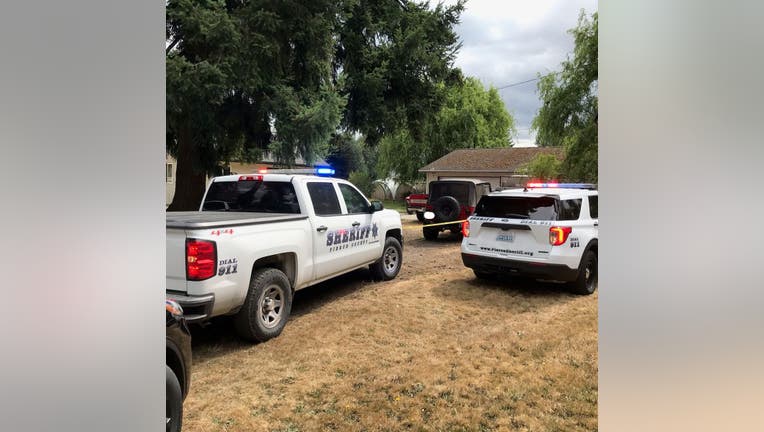 BONNEY LAKE, Wash. - The Pierce County Sheriff's Office is investigating after a suspected home intruder was shot by the homeowner.

Minutes later, another person called 911 to report that he had shot an intruder inside his home.

When deputies arrived, they found a man inside the house with a gunshot wound. He was transported to the hospital with life-threatening injuries.

Detectives are working to determine what led up to the shooting.

No arrests have been made at this point.