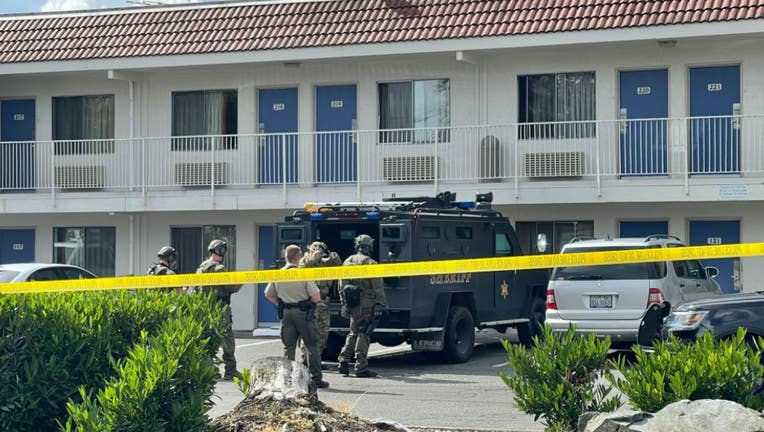 EVERETT, Wash. - A rape suspect has been taken into custody after barricading himself inside an Everett Motel 6.

Deputies with the Snohomish County Sheriff's Office were called to the motel on 128th Street SW just before 6 a.m. on Monday for reports of a sexual assault.

When deputies arrived, the suspect then barricaded himself in a room.

The building was evacuated and a large police presence was seen in the area.

Five hours later, the suspect left the motel room and pretended to surrender to police before running off. The SWAT team used pepper balls and K-9 units to take him down.

He was wanted on first-degree rape charges. According to deputies, he allegedly sexually assaulted a woman earlier in the morning. The victim was taken to the hospital for observation.

Deputies say the suspect had a prior criminal record but did not elaborate.