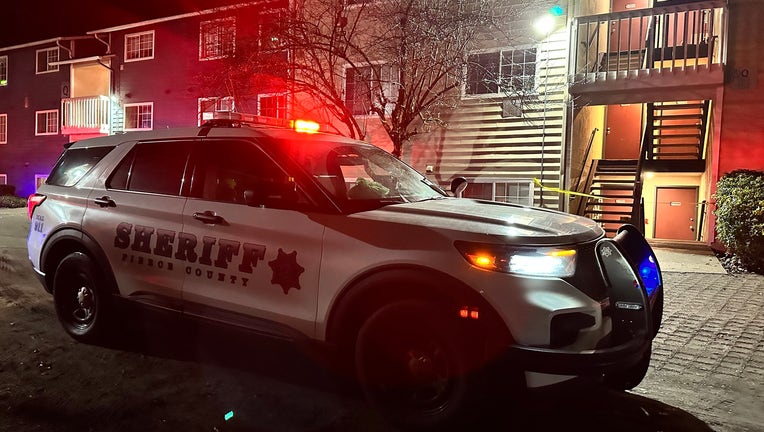 PARKLAND, Wash. - A man is in the hospital with life-threatening injuries after a shooting in Parkland.

Pierce County deputies were called around to an apartment complex around 4 a.m. Tuesday, responding to reports of a shooting.

When they arrived, they found the 911 caller with her boyfriend, who had been shot and had life-threatening injuries.

Medical first responders arrived and took the man to the hospital for treatment.

Authorities say they believe the man was on his back patio when he was shot. They investigated nearby and found 80 bullet casings at the scene.

No suspects have been identified yet.

Anyone with information on the shooting or surveillance video is urged to contact the Pierce County Sheriff’s Department or submit an anonymous tip to Crime Stoppers at 1-800-222-TIPS or through the P3 Tips app.