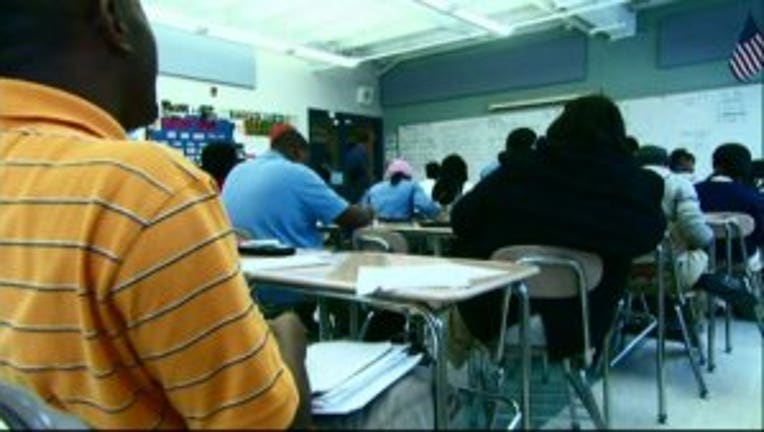 SEATTLE -- The federal government is looking into possible discrimination in the Seattle Public Schools, following up on allegations and research that white students are treated better than black students.

U.S. Department of Education Spokesman Jim Bradshaw told the Seattle Times Tuesday that the department is investigating whether or not Washington's largest school district discriminates against black students "more frequently and more harshly than similarly situated white students." The investigation began in May after allegations of discrimination, the Times reported.

The district, comprised of nearly 50,000 students, typically prizes its schools' diversity. However, a 2012 education summary questions whether the district disciplined races differently.

The study showed that suspension rates among black students were the highest at 12.9 percent. Those numbers were followed by Hispanic students at 6.3, white students at 3.8 and Asian students at 2.4 percent.

The district confirmed those numbers Tuesday. Also, according to the Times, one-fourth of black middle schoolers have received short term suspensions since 1996, and Native Americans are disciplined more often than Asian Americans and Pacific Islanders.

Bernardo Ruiz, the director of School Family Partnerships and Equity and Race Relations at Seattle Public Schools, said he didn't know why different races were disciplined at different rates.

"Our data shows we have suspended kids of color at higher rate, and we don't know why," Ruiz said.

Recently, the school district has put together two advisory committees, the Positive Climate and Discipline and the Equity and Race, to help study the numbers and decide how they can be changed. Ruiz said suspension rates in the district are down to the lowest level they've been in 26 years, pointing toward a positive trend.

Students at Garfield High School showed mixed emotions regarding the statistics Tuesday. Jake Shields said, in his experience, students were punished the same if they were black or white. But Alisha Ibrahim said she has experienced discrimination, and it was because of her race.

Ruiz said the commitment to every child should be the same, and if it's not, it's something Seattle Public Schools will work to change.

"Our commitment is that every child stays in a safe, welcoming environment," Ruiz said.