Nine justices make up the Supreme Court, with one Chief Justice and eight Associate Justices.

WASHINGTON (AP) - As congressional Democrats gear up for another bruising legislative push to expand voting rights, much of their attention has quietly focused on a small yet crucial voting bloc with the power to scuttle their plans: the nine Supreme Court justices.

Democrats face dim prospects for passing voting legislation through a narrowly divided Congress, where an issue that once drew compromise has become an increasingly partisan flashpoint. But as they look to reinstate key parts of the Voting Rights Act of 1965, a landmark civil rights-era law diminished over the past decade by Supreme Court rulings, they have accepted the reality that any bill they pass probably will wind up in litigation — and ultimately back before the high court.

The task of building a more durable Voting Rights Act got harder when the high court's conservative majority on July 1 issued its second major ruling in eight years narrowing the law's once robust power.

"What it feels like is a shifting of the goal posts," said Damon Hewitt, the president and executive director of the left-leaning Lawyers’ Committee for Civil Rights Under Law.

Sparring in Congress for months has focused on a different Democratic bill overhauling elections, known as the For the People Act, which Republican senators blocked from debate on the chamber's floor last month.

Separately, however, Democrats have held a marathon series of low-key "field hearings" to prepare for votes on a second measure, the John Lewis Voting Rights Advancement Act, which could come to the House floor for a vote in September. The bill would allow courts and the Department of Justice to once again police changes to voting rules in places with a history of electoral discrimination against minorities, a practice the Supreme Court put on hold in 2013.

Democrats hope the hearings they have conducted with little fanfare will help build a legislative record that could withstand a court challenge. Senate Majority Leader Chuck Schumer, D-N.Y., said Friday that the process will document what he called "the disgraceful tactics that Republican-led state legislatures are using across the country to keep people from voting."

That's criticism that Republicans reject, arguing that the courts and Democratic administrations have selectively enforced the law in the past.

"It’s not a coincidence that a decade of court cases were only focused on Republican states," said Rep. Rodney Davis, an Illinois Republican who sits on a committee that conducted the field hearings. 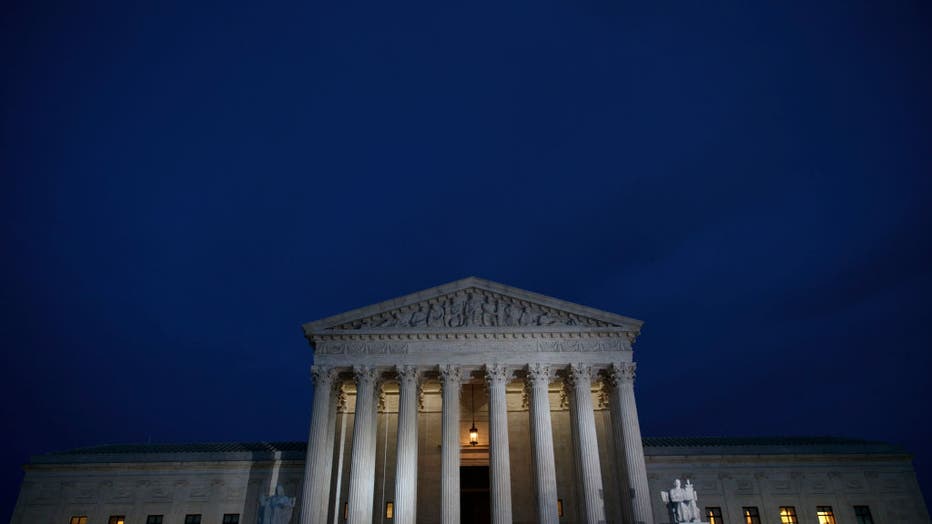 WASHINGTON, DC - JANUARY 31: A view of the Supreme Court at dusk, January 31, 2017 in Washington, DC. President Donald Trump will announce his nominee for the Supreme Court on Tuesday night. (Photo by Drew Angerer/Getty Images)

Pressure has built for months on congressional Democrats to counteract a concerted state-level Republican push to enact new voting restrictions, inspired by President Donald Trump’s false claims of a stolen 2020 election. But there is a new sense of urgency among many in the party’s activist base following the Supreme Court ruling in the case of Brnovich v. Democratic National Committee, which upheld two restrictive Arizona laws and will limit the ability to challenge voting restrictions in court.

"We cannot wait until October or November," said Rep. Joyce Beatty, an Ohio Democrat who chairs the Congressional Black Caucus.

While the specifics of the legislation have not yet been released, it would develop a new formula for determining which states and local governments would be subject to a review process known as "preclearance." The court blocked the practice in 2013, reasoning that the formula used to determine which places are subjected to it was outdated and unfairly punitive. But the court also ruled that Congress could develop a new formula.

Though laws and rules already in place wouldn't be subject to a retooled Voting Rights Act, future ones would.

"We want to get our work done, but it has to be data-focused and defensible within the courts," said Rep. Pete Aguilar, a California Democrat who serves on a committee that has held many of the hearings.

Yet serious questions remain about whether the Supreme Court, which has a new and expanded conservative majority, would still be receptive to a new preclearance formula.

There's also been a major shift in the Republican Party.

The Voting Rights Act enjoyed bipartisan support in Congress for decades. It was reauthorized five times with commanding majorities, the most recent in 2006. But the bipartisan support eroded dramatically after the court's first ruling, in 2013, in the case of Shelby County, Alabama, v. Holder.

"If you look at the sea change in the politics, it all stems from Shelby and the political opportunity that it offers," Hewitt said.

Republicans say vast strides have been made in ballot access since the civil rights era, which is when the law's preclearance formula was first established. The initial law targeted states and localities with low minority turnout and a history of using hurdles such as literacy tests and poll taxes to disenfranchise minority voters.

Such barriers are no longer used, and Republicans point to a swell of minority turnout in the last election as proof that many conservative-leaning states, particularly in the South, should not be subjected to preclearance.

They also point blame at Democrats, who in 2019 rejected a bipartisan bill to reestablish preclearance. Many Democrats instead favored their own measure, which would have eschewed the use of minority voter turnout data, a pillar of the original Voting Rights Act, while leaning heavily on looser standards, such as using the number of legal settlements and consent decrees issued in voting rights cases, to pull places into preclearance.

That would, Republicans argue, play into the hands of Democrats, who have built a sophisticated and well-funded legal effort to challenge voting rules in conservative-leaning states.

"It shunned objective data," said Jason Snead, executive director of the conservative Honest Elections Project. "They want to target Georgia and Texas and Florida. But when you actually look at turnout data, it's Massachusetts that has half the Black turnout rate that Georgia does. That's why you get these games being played."

Regardless, Democrats have a difficult climb to enacting their new bill under current Senate filibuster rules, which require 60 votes to advance legislation in a chamber that is split 50-50 between Republicans and Democrats.

Senate Minority Leader Mitch McConnell, R-Ky., has made clear his opposition. He said last month that Democrats were aiming to achieve through the John Lewis Voting Rights Advancement Act what they couldn't through their other elections bill, the For the People Act.

"It’s against the law to discriminate in voting on the basis of race already," he said. "It is unnecessary."