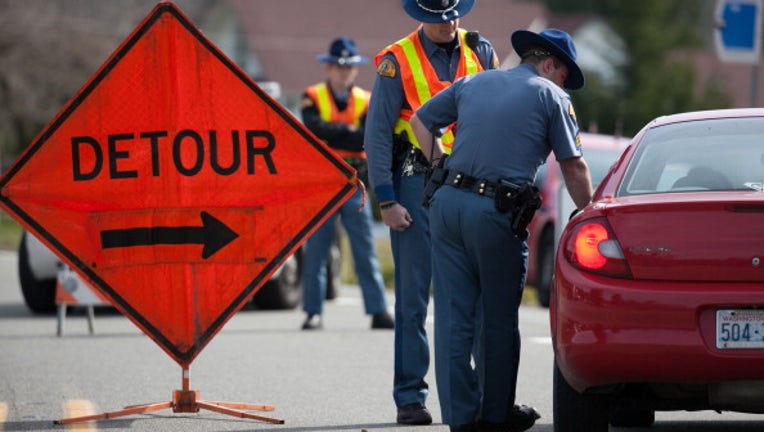 Washington State troopers turn back a resident from the area of a massive landslide on Highway 530, approximately 2 miles (3.2km) from the slide on March 24, 2014.

ARLINGTON, Wash. -- The Snohomish County Medical Examiner's Office has received a total of 41 bodies from the Oso mudslide, and two others are still listed as missing since the March 22 disaster.

The death toll rose to 41 Monday morning as searchers continued to scour the massive debris field for more victims.
The full list of the identified fatalities is available at the bottom of this story. All 41 bodies have been identified, with 52-year-old Stephen D. Harris and 53-year-old Teresa C. Harris as the latest to be named.
The slide leveled at least 35 houses and 14 other homes and dammed the North Fork of the Stillaguamish River.

The debris field stretches over one square mile. Some survivors were rescued in the immediate aftermath of the mudslide on that Saturday morning, but hundreds of searchers, including local volunteers scouring the area for family members and friends, and specially trained dogs have found no signs of life since then.

Snohomish County has created a new Facebook page to organize community mudslide relief efforts. That is located at www.facebook.com/530sliderelief

Here is a list of the positively identified victims: