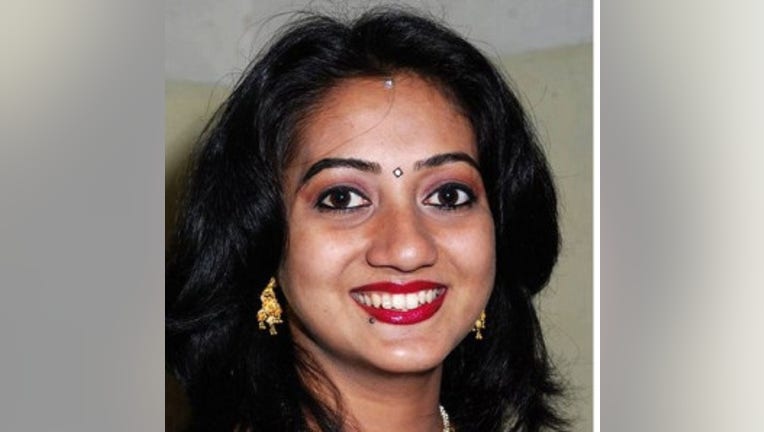 The death of an ailing woman who was refused an abortion in an Irish hospital has inflamed longstanding concern about Ireland's tight restrictions on when women can terminate a pregnancy.

Praveen Halappanavar told the Irish Times that his wife, Savita, was suffering intense pain and had been told her baby would not survive. Upset but resigned to losing her child, she was denied an abortion despite repeated pleas with their Galway hospital as she suffered shakes and vomiting, Halappanavar told the newspaper.

“The consultant said it was the law, that this is a Catholic country. Savita said, ‘I am neither Irish nor Catholic,’ but they said there was nothing they could do,” Halappanavar told the newspaper from India.

As long as the fetus still had a heartbeat, the husband said they were told, an abortion was illegal. Days later, the heartbeat stopped and the remains were removed, but Halappanavar grew sicker, eventually dying of blood poisoning, her husband told the Irish Times.

The Galway Roscommon University Hospitals Group said it could not discuss the details of her case with reporters, but was reviewing the unexpected death in line with its usual procedures to establish what had happened. It extended its sympathy to her husband, family and friends. The Health Service Executive, a national body that oversees Irish healthcare, is also carrying out a review and will recommend any changes needed to prevent similar incidents, it said.

While abortion is banned under the Irish constitution, its highest court ruled decades ago it is allowed when the life of the woman is in peril. But with no detailed regulations or guidelines for doctors, the question of when a fetus can be aborted remains murky.

Even doctors who think abortion is needed may fear arrest or losing their careers, abortion activists say. Critics argue the legal limbo makes doctors so uneasy that they refuse to perform the procedure even when mothers are at risk or a baby is already expected to die.

James Burke said he and his wife learned that their child wouldn’t survive outside the womb because of a rare syndrome, but were told they had leave the country to get a medical termination. They went to England.

“It’s just so saddening that it has to come to a woman and her child dying for people to start talking about it,” said Burke, who went public with his own story last year. He is now part of an activist campaign called Termination for Medical Reasons Ireland.

Nearly two years ago, the European Court of Human Rights ruled that Ireland had violated European Union law by failing to adequately protect the lives of women. The Irish government called upon a group of experts for advice on how to clear up its abortion rules; that expert group gave its report to the Irish health department Tuesday night for review, just before the Irish Times published its story.

While Sinn Fein and other political parties pressed the government to pass “long overdue legislation” ensuring that abortions to save women would be allowed, Prime Minister Enda Kenny argued that the government should not take action before the death is fully investigated. His Fine Gael political party said any changes should also await the expert report on abortion law.

“The matter will come before government in due course,” it said Wednesday.

“It just can’t go on anymore,” Reilly said. Protests and vigils were planned Wednesday night across the country as the news spread in Irish and international media.

The Irish law is unusually restrictive for a country in Europe, but the resulting barriers to abortion access are much like those in poorer countries that get less media attention, said Patty Skuster, senior policy advisor for Ipas, which advocates for safe abortion.

"There are countless women like her that we don't see," Skuster said.

The bereft husband says he told his story to ensurethat  it won’t happen to anyone else. “It was all in their hands and they just let her go,” Halappanavar told the Irish Times. “How can you let a young woman go to save a baby who will die anyway?”