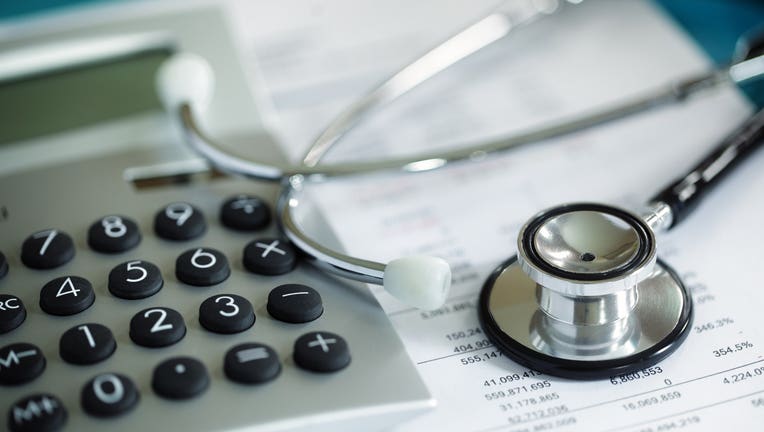 OLYMPIA, Wash. - Two years ago, Washington became the first state in the nation to establish a defined benefit to help offset the costs of long-term care. Now, workers have just a few months to decide whether they want to buy a private plan and opt out of the state-managed program before a payroll deduction hits their paychecks starting in January.

Under the program, called WA Cares Fund, workers will pay a premium of .58% of total pay per paycheck, meaning an employee with a salary of $50,000 will pay $290 a year. Starting Jan. 1, 2025, people who need assistance with at least three "activities of daily living" such as bathing, dressing or administration of medication, can tap into the fund to pay for things like in-home care, home modifications like a wheelchair ramp and rides to the doctor. The benefit also covers home-delivered meals, and reimbursement to unpaid family caregivers. The lifetime maximum of the benefit is $36,500, with annual increases to be determined based on inflation.

Under an update to the law, passed by the Legislature this year, people who want to opt out of the state-managed program must have a private long-term care insurance plan in place before Nov. 1, and then apply for an exemption to avoid having the automatic deduction from their paychecks starting in January 2022.

Even though a private policy must be purchased before Nov. 1 to opt out, people have until Dec. 31, 2022 to apply for an exemption — which means they may pay a year of the premium unless they opt out before the payroll deduction starts. No rebates are offered for any premiums already paid, and once a person receives an exemption, they are not able to opt back into the state program, even if they change jobs.

Only an estimated 7 million to 8 million Americans have private long-term care insurance, which can be costly and generally requires applicants to pass a health screening. Many assume that Medicare covers long-term care, but that’s not the case except for limited care for skilled nursing or rehabilitation. Qualifying for public coverage under Medicaid, which covers low-income people, involves spending down lifetime savings.

The state program is meant to be a bridge to help people avoid the Medicaid route, said Democratic Rep. Nicole Macri, a member of the Long-Term Services and Supports Trust Commission that is charged with monitoring and advising the program.

"It is really structured in a way that is intended to ensure that people can retain their independence and remain in their own homes as long as possible," she said. "It will provide low-income and middle-income people access to long-term care that they otherwise would not have or would have to spend their money down into poverty in order to become eligible for Medicaid."

Ben Veghte, the director of the WA Cares Fund, said that with a growing aging population, the state’s Medicaid program was at risk of being overwhelmed by long-term care costs. The state-managed plan is projected to save the state $1.9 billion in Medicaid savings by 2052.

"This program is a solution to a problem," he said.

According to AARP of Washington, 70% of residents 65 and older will require some type of assistance to live independently.

To be eligible, workers will have had to have paid the premium working at least 500 hours per year for three of the previous six years in which they’re seeking the benefit or for a total of 10 years, with at least five of those paid without interruption.

The benefit is not portable, so people who pay into the program but later move out of state will not be able to access it, and it only covers the taxpayer, not a spouse or dependent. The benefit also isn’t available to those who work in Washington and will pay the deduction but live in neighboring states, like Oregon. Macri said the commission is looking at addressing the issue of allowing the benefit across state lines.

The program had a setback after voters last November rejected a constitutional amendment that would have allowed the state investment board to invest the program’s dollars in private stocks — same as public pensions and workers compensation funds are — instead of lower-return government bonds and CDs.

A recent analysis of the program written by the Office of the State Actuary found that under current projections, the program’s expenditures will exceed what it is collecting, starting in in 2052. Citing modeling by the consulting firm Milliman, if all things remain the same — including the .58% payroll deduction — the actuary office says the program will be able to pay 100% of the benefits through 2075, but would drop to 71% of full benefits the following year.

Republican Sen. Curtis King, a member of the Long-Term Services and Supports Trust Commission, said too many questions remain about the viability of the program, and the potential of a premium increase for workers.

"Unfortunately, I think the people we’re supposed to be helping are the ones who are going to get the shaft here in the long run," he said. "I think the tax rate is going to have to go up, and who’s that going to hurt the most? Lower-income people and those at the poverty level."

Modeling by the consulting firm showed various scenarios of opt-out structures, with the baseline one finding that 3% of wage earners responsible for about 10% of wages in 2022 would opt out at the start of the program. Under that scenario, a premium assessment of .66% would be required to keep the program solvent through 2096.

Whether they decide to re-attempt a constitutional amendment on their investment options or to tweak the premium or benefit, Actuary Matt Smith said lawmakers shouldn’t hold off too long to ensure the financial health of the program.

"This is important, but not urgent," Smith said. "It doesn’t require immediate action but that also means don’t defer these decisions forever. Your solutions become more expensive, or your options become a little more limited."