BURIEN, Wash. -- A dead fin whale that washed ashore Saturday on a Burien beach was towed out into the Puget Sound Tuesday night.

Two men with a flashlight in a rowboat inspected the whale, and the ropes and floating devices tied to it earlier, before a barge showed up and towed the mammal out into deeper water. It wasn't immediately known where it was taken or if they were going to try to sink it in deeper water. 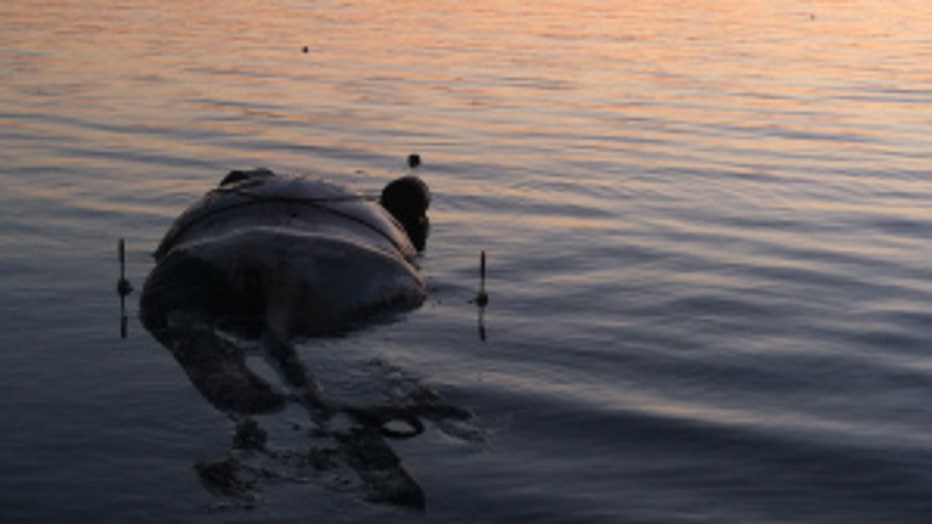 The carcass of the dead fin whale is seen at high tide off Burien Tuesday night before it was towed out into the Sound.

Residents in the area first spotted the dead fin whale floating about 100 feet off of Three Tree Point early Saturday. The whale drifted to the shore around 10:30 a.m. and the big animal drew quite a crowd.

Carl Hansen came from Woodinville Sunday to look, and touch, the whale.

"It's a one in a lifetime chance to see the second largest animal on Earth," Hansen said. "It feels like it's plastic."

Biologists with Cascadia Research think the fin whale was most likely hit by a large ship somewhere out on the ocean and dead a week before washing ashore. Researchers plan to tow the whale to a remote location for a necropsy. 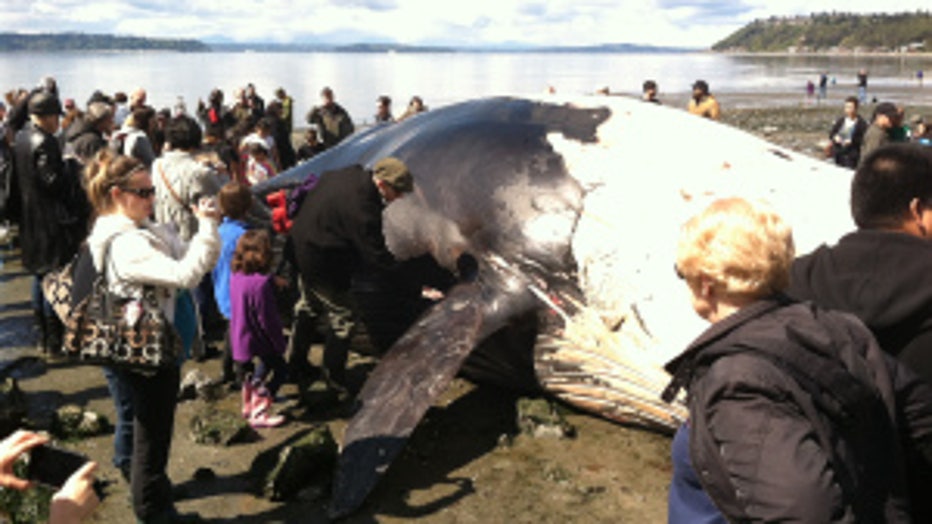 Experts from the NOAA also took samples of the whale to help determine how and why it died.

Fin whales are an endangered species that are rarely spotted in the Puget Sound. They can grow up to 75 feet in length and are the second largest species of whales.

For more information on the whale, visit here.