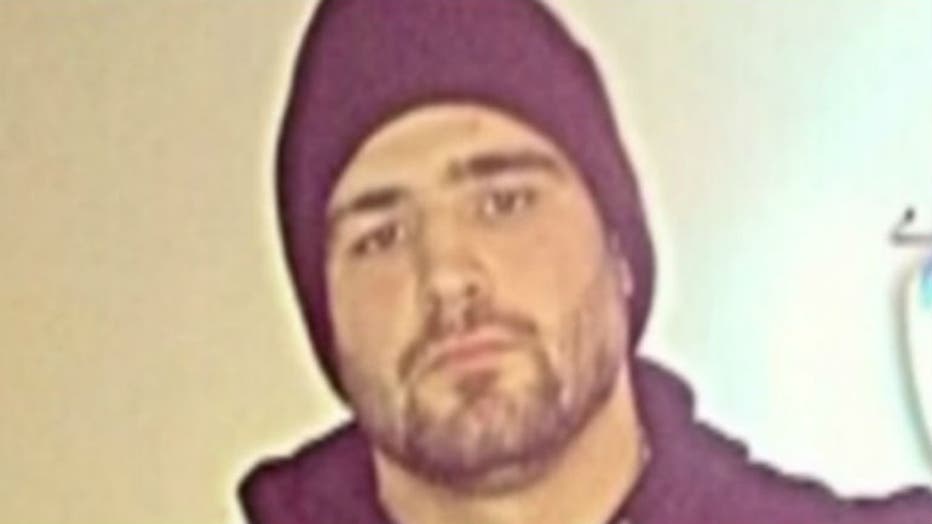 (CNN) -- The rough sports he loved may have helped to do Kosta Karageorge in at age 22.

He was on the Ohio State University football team, although he never played in a game, team spokesman Jerry Emig said Monday. Karageorge also was never on a travel roster.

Police believe he shot himself, but the investigation is ongoing. His body was found Sunday in a trash bin, and a handgun was nearby.

'These concussions have my head all f***ed up'

Karageorge suffered from concussions, his mother said, and they weighed heavily on him in the last text message he sent her from his cell phone.

"I am sorry if I am an embarrassment but these concussions have my head all f***ed up," he wrote early Wednesday. He was alive minutes later, according to a tweet from his personal Twitter account.

Karageorge had gone for a walk earlier that evening, upset about something, Cleveland.com reported.

When he didn't show for football practice the next morning, he was reported missing.

Police, some on horseback, scoured the area around campus. Students joined in, posting fliers with Karageorge's photo under windshield wipers and on telephone posts.

Then on Sunday afternoon, a woman and her son scavenging containers came upon his body, Columbus police Sgt. Richard Weiner said. Police identified Karageorge by his tattoos.

The school's athletics department expressed shock and sadness over his death. "Our thoughts and prayers are with the Karageorge family, and those who knew him, during this most difficult time," it said in a statement.

The college athlete was a walk-on, who joined the Buckeyes this season, Cleveland.com reported. He also had wrestled at the school for three years.

After night fell Sunday, hundreds of students gathered on campus at a statue of Ohio State's founder to remember Karageorge. They stood in silence, heads bowed.