Rain Augustine speaks with Dr. Morrone on the opioid crisis

These mass-overdose events, which are defined as three or more overdoses occurring close together and at the same location, have happened in at least seven U.S. cities in recent months — resulting in 58 overdoses and 29 deaths, the DEA warned in a letter on Wednesday.

The letter, which was addressed to local, state and federal law enforcement agencies, noted recent mass overdose cases in:

Such events have been driven by fentanyl, which is found in all 50 U.S. states. Drug traffickers are "driving addiction" and increasing profits by mixing fentanyl with other illicit drugs, such as cocaine and fake prescription pills, DEA Administrator Anne Milgram warned in a statement.

"Tragically, many overdose victims have no idea they are ingesting deadly fentanyl, until it’s too late," Milgram said. 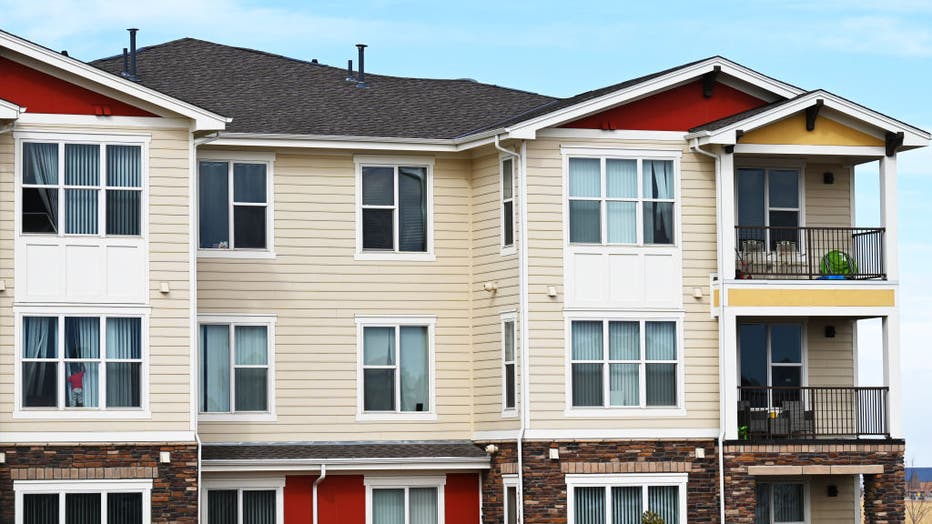 COMMERCE CITY, COLORADO - FEBRUARY 21: A small child plays in the window at the North Range Crossings apartments on Feb. 21, 2022, in Commerce City, Colorado. Five people were found dead inside an apartment, seen in the photo on the top floor of the

Last month, police in Ohio warned specifically about seized pills made of fentanyl and cocaine but disguised to look like Tylenol or other over-the-counter medication.

"This is creating a frightening nationwide trend where many overdose victims are dying after unknowingly ingesting fentanyl," the DEA said in its warning letter.

Fentanyl is a synthetic opioid that can be up to 100 times stronger than morphine, according to the U.S. Centers for Disease Control and Prevention and the U.S. Drug Enforcement Administration.

Pharmaceutical fentanyl was developed for pain management treatment of cancer patients and applied in a patch on the skin. But because of its powerful opioid properties, it has helped drive the nation’s drug overdose epidemic.

The CDC estimates that in the 12-month period ending in October 2021, more than 105,000 Americans died of drug overdoses. Approximately 66% of those deaths were related to synthetic opioids like fentanyl. 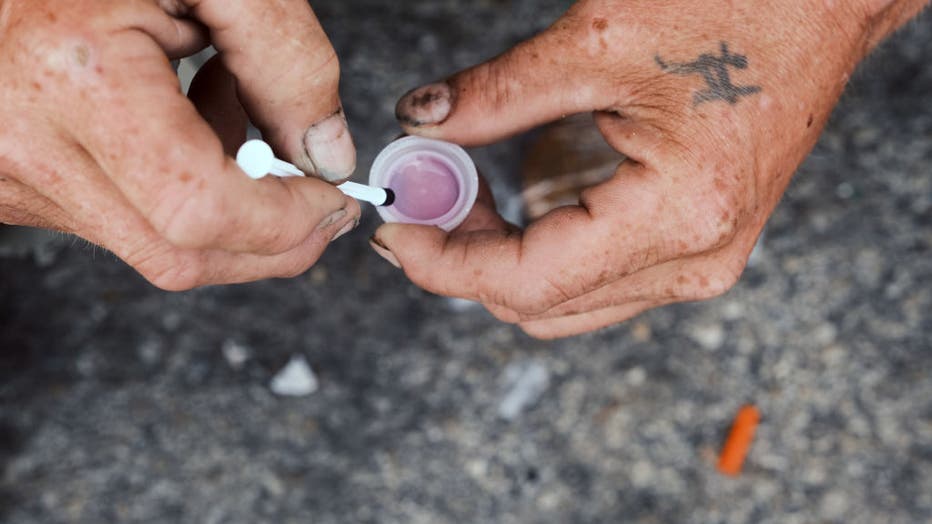 FILE IMAGE - A person shoots up a mix of heroin and fentanyl on a street on July 19, 2021, in Philadelphia, Pennsylvania. (Photo by Spencer Platt/Getty Images)

"Fentanyl poisonings are at an all-time high," Minnehaha County Sheriff Mike Milstead, the South Dakota chair of the Drug Enforcement Committee, said in a statement. "These are not isolated incidents. These are happening in every state and every county in America, leaving behind grieving families."

Milstead added how fentanyl poisonings are "part of a strategic maneuver by the cartels and it must be stopped."

RELATED: US Coast Guard seizes $20 million in cocaine during bust near Puerto Rico

The DEA said it has been working diligently to trace mass-overdose events back to local drug trafficking organizations and international cartels responsible for the surging domestic supply of fentanyl. This week, officials announced the arrest of two alleged traffickers in Orange County, California, who had enough fentanyl to kill 4.7 million people. The district attorney’s office noted how a lethal dose of fentanyl is as little as 2 milligrams.

Nationwide, the DEA has seized almost 2,000 pounds of fentanyl and one million fake pills just in the first three months of 2022.

"Last year, DEA seized more than 15,000 pounds of fentanyl—four times the amount seized in 2017—which is enough to kill every American," the agency said.