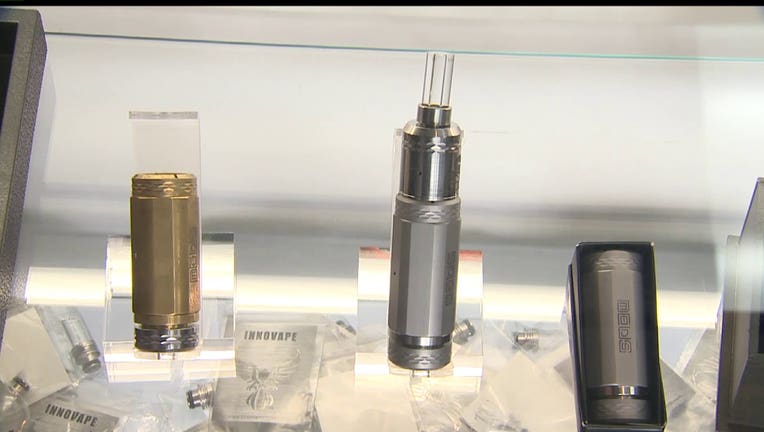 SEATTLE --The DEA says it can cause hallucinations, seizures, even psychosis.

It comes in a bottle, it's on the rise and the dangers are easy to conceal.

Liquid forms of the chemical compounds are now sold online and are a threat to kids. They go by names like Bizarro and Cloud Nine Liquid and are marketed as herbal incense.

But the DEA says some people are using it in e-cigarettes and Vape pens to get high.

Olympus Vapour in Redmond tests their products and checks for underage customers. But the online world has no restrictions.

The so-called "wink and nod" style marketing hints at another use for these products.

The online reviews show how people are really using it.

"Different than the dry herbal but just as powerful. The liquid is sneaky. One minute your fine and the next minute you are rocketed into space.”

The DEA says it's like playing Russian roulette with your life.

“It’s alarming. It's concealable for law enforcement and parents in general,”

The DEA says more and more teens are being rushed to the emergency room.

The most recent case involved teens overdosing on synthetic drugs in the Sultan area.