DEA says fentanyl is one of the primary drugs being sold in Washington state, with an increase in statewide seizures up 92 percent from 2019 to 2020.

SEATTLE - The Pacific Northwest is being flooded with fentanyl by a Mexican drug cartel, according to the Drug Enforcement Administration's 2020 National Drug Threat Assessment.

The annual publication outlines the threats posed to the United States by domestic and international drug trafficking and the abuse of illicit drugs. 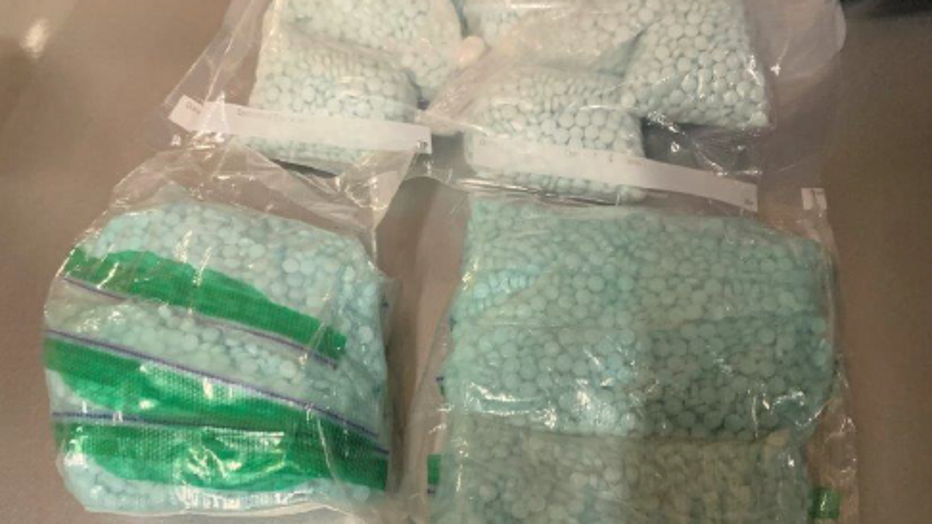 Approximately 20,000 pills tainted with fentanyl seized during an investigation

The PNW is under siege by the Mexican-based Cartel de Jalisco Nueva Generacion (CJNG) cartel who is flooding the region with clandestine-produced synthetic opioids in the form of prescription pills. This transnational criminal organization (TCO) is taking advantage of the readily available and extremely dangerous, in fact lethal, synesthetic opioid; fentanyl. These organizations, specifically CJNG are mixing illegally and clandestinely made fentanyl into most illicit narcotics, including cocaine, heroin, methamphetamine, and pills, resulting in a significant increase in non-fatal and fatal overdose deaths.

The National Drug Threat Assessment provides a yearly assessment of the challenges communities face related to drug abuse and drug trafficking. Highlights in the report include usage and trafficking trends for drugs such as prescription drugs, heroin, methamphetamine, cocaine, marijuana, and hundreds of synthetic drugs. New to this year’s report is the effect of COVID-19 during the first part of 2020.

"While the COVID-19 pandemic plagues this nation, so, too, do transnational criminal organizations and violent street gangs, adjusting to pandemic restrictions to flood our communities with dangerous drugs. DEA and our local, state, and federal partners continue to adapt to the ever-changing landscape, remaining focused on the current threats and looking to the horizon for emerging threats. We will always defend the American people against illicit substances that ruin lives, devastate families, and destroy communities," said Evans.

"The DEA Seattle Field Division, which includes the Pacific Northwest states of Idaho, Oregon, Washington and Alaska is primarily focused on the opioid threat, more specifically the illicit manufactured fentanyl that many drug trafficking and transnational criminal organizations are smuggling into our communities and selling to our citizens with dire consequences," said Tarentino.

Drug trends in the U.S. continue to evolve. While fentanyl and fentanyl analogs from China have decreased substantially following the DEA’s 2018 emergency scheduling action of fentanyl-related substances and China’s enactment of fentanyl-class controls in May 2019, the opioid threat remains at epidemic levels, affecting large portions of the country. Meanwhile, the stimulant threat, including methamphetamine and cocaine, is worsening both in volume and reach, with traffickers selling increasing amounts outside of traditional markets.

According to the U.S. Centers for Disease Control and Prevention, more than 83,000 people lost their lives to drug-related overdoses in the twelve-month period ending in July of 2020, a significant increase from 2019, when more than 70,000 people died of overdoses.