The Drug Enforcement Administration&nbsp;says it will direct efforts to help reduce violence and illegal drug trafficking&nbsp;in&nbsp;communities with a new initiative.

SEATTLE - The Drug Enforcement Administration says it will direct efforts to help reduce violence and illegal drug trafficking in communities with a new initiative. 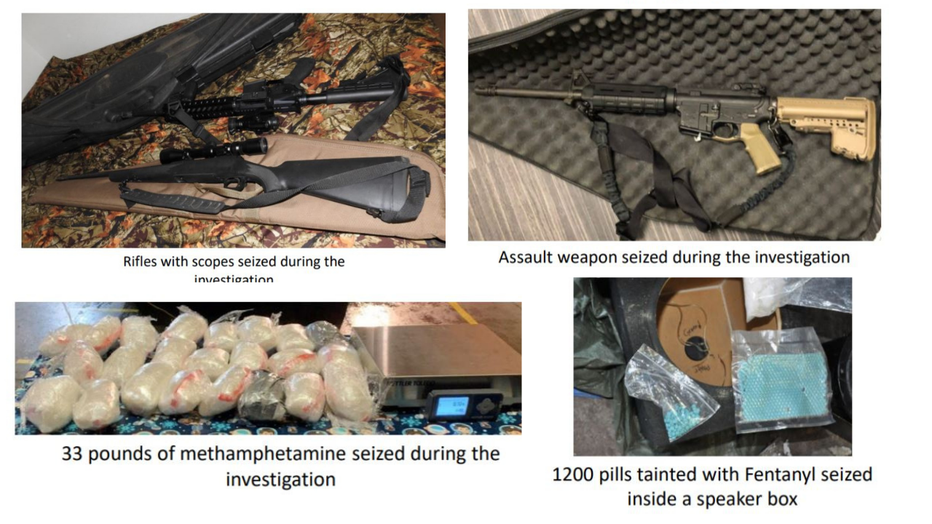 Drugs and weapons seized during investigations over past several months in 2020. Credit: DEA Seattle

“Drug trafficking and violent crime are inextricably linked,” said Shea in a press release. “From the extreme levels of violence in Mexican cartels, to the open air drug markets in American cities, drug traffickers employ violence, fear, and intimidation to ply their trade.  Neighborhoods across our country are terrorized by violent drug trafficking organizations that have little regard for human life, and profit from the pain and suffering o our people. Along with our law enforcement partners, DEA is committed to safeguarding the health and safety of our communities.”

Since August 1, 2020, the DEA Seattle Field Division, state and local partners, have conducted many operations in the Pacific Northwest to capture drug traffickers. The agencies have so far made 146 arrests, seized 95 weapons, and $3,559,107.00 in seized assets.

Of the numerous illegal drugs, agencies have seized 120 pounds of heroin, 18.5 pounds of powder fentanyl, 571 pounds of methamphetamine, 37 pounds of cocaine, and 41,200 pills containing fentanyl.

The DEA says they will work with federal, state, and local partners, including the Bureau of Alcohol, Tobacco, Firearms and Explosives, and the U.S. Marshals Service, DEA’s Project Safeguard.

The project will focus on three main areas to address the growing violent crimes in U.S. cities, such as:

DEA Seattle also says those that bring illegal drugs into the country, such as fentanyl, opioids, heroin, meth and cocaine, are often the same criminals responsible for high rates of assault, murder, and gang activity in cities.

New data from 2019 shows King County had a total of 116 fentanyl-related overdoses, compared to 135 fentanyl overdose already reported as of October 15th of this year.

Such criminals, the DEA says, incorporate fear, intimidation, and violence in trafficking drugs, creating a drug crisis that has claimed the lives of over 70,000 Americans so far this year. The recent spike in violence in many cities and regions over the past several months in part is also attributed to a rise in drug trafficking.

“As the CDC has widely reported, we lost over 71,000 people last year in the United States because of drug overdose. Of these, over 50% were caused by fentanyl or synthetic opioids. In an effort to combat this and get the word out, the DEA has rolled out a series of PSA’s across the state of Washington to alert and inform everyone of the dangers of fentanyl,” said Weis.

To find out more, go to GetSmartAboutDrugs.gov.