DC police officers who defended the Capitol speak out

It's horrifying enough just watching the videos of last Wednesday's riot at the U.S. Capitol, but imagine being one of the outnumbered police officers trying to hold off the armed invaders.

WASHINGTON (FOX 5 DC) - The Metropolitan D.C. Police Department is seeking the public's help in finding the suspect who was caught on camera using a police shield to pin one of their officers against a doorjamb during the insurrection at the U.S. Capitol last Wednesday.

The horrifying video of Officer Daniel Hodges screaming for help as he faces a violent mob has been viewed around the world.

"I was worried for my safety. I was unable to defend myself. Like, I said, my arms were bent and they had already ripped away a lot of my equipment. Ripped off my baton. Ripped off my gas mask. They beat me in my face with my baton and I was sucking down OC spray and CS gas all that time, so I was afraid they were going to get my gun. Thankfully, that was on my right side so they couldn't reach it. And I was worried about being crushed by the crowd obviously," Hodges told reporters on Thursday. 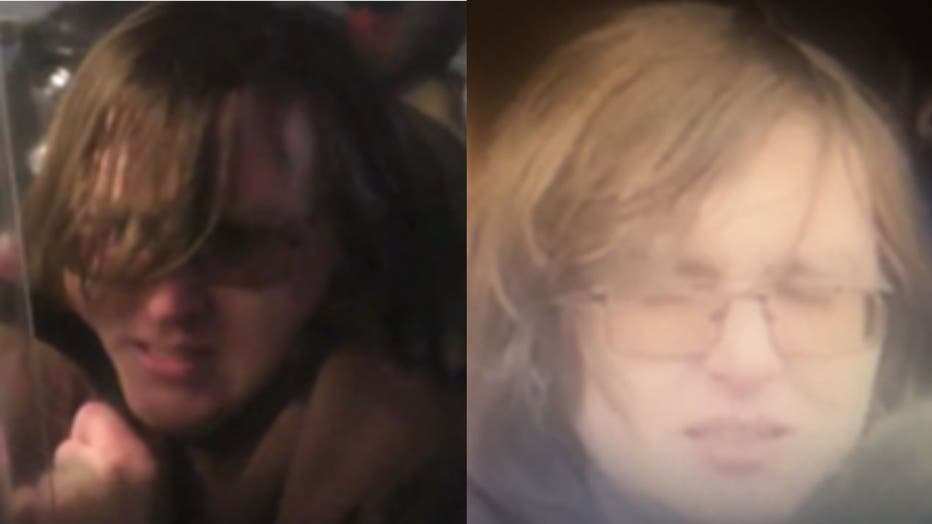 On Friday, police released photos of the suspect on Twitter. View them above.

WARNING: The video below may be disturbing to some. Viewer discretion is advised.

Footage shot from inside the US Capitol shows clashes between police and Trump supporters who stormed the building during Congressional sessions on the afternoon of January 6. (Credit: Status Coup via Storyful)