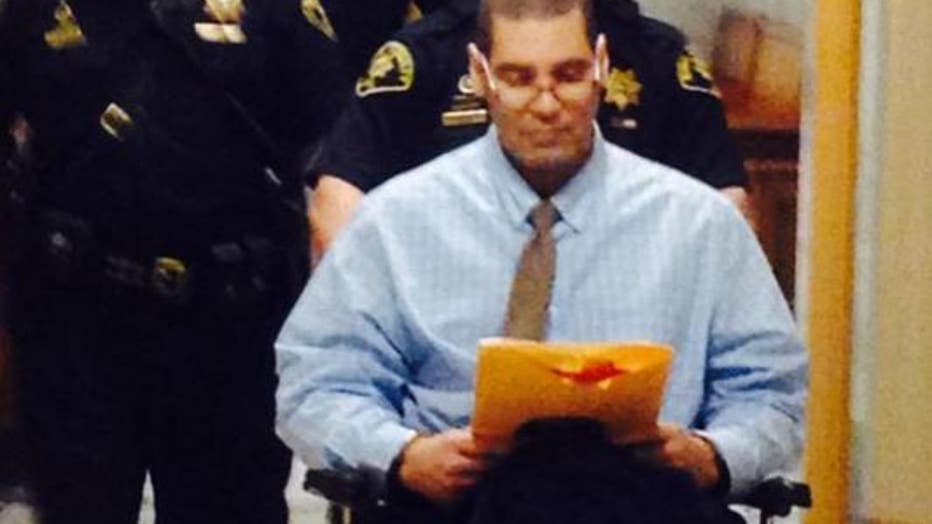 Monfort arrives at day one of trial. KCPQ-TV

SEATTLE (AP) — Opening arguments began Tuesday in the trial of a man accused of killing a Seattle police officer on Halloween in 2009.

Monfort is accused of ambushing Officer Tim Brenton and Officer Britt Sweeney as they sat in a patrol car. Sweeney survived. Monfort also is charged with attempted murder in her shooting and with arson for a fire that damaged police vehicles at a city maintenance yard.

Monfort was wounded by officers about a week later during his arrest in Tukwila. He is paralyzed from the waist down and confined to a wheelchair.