CENTRALIA, Wash. - The pandemic has left many Special Olympics athletes feeling isolated and sad because they can’t be around their teammates.

Josh Lauster misses the bowling competitions and track meets.  “The people first and then the games,” said Lauster.  He has a wall full of medals and is planning to compete next in Special Olympics Golf.

“Always good to those around him and just a fantastic personality,” said Gary Van Auken with Compass Career Solutions. He’s working with Lauster on setting goals and finding a new job.

Lauster told Van Auken that one of his goals was meeting Washington’s Most Wanted host David Rose.  “Every time we were together, he would talk about the show and who was wanted,” said Van Auken.

First, they wrote this letter.

My name is Josh and I watch Washington’s Most Wanted every time it comes on. I heard that you will be coming down to visit with me soon. It would be an honor to meet you. I heard that you like the Special Olympics, I have medals in Track, Bowling and Basketball. I hope to meet you soon when this Virus is over.

Then, the two recorded a Facebook video inviting Rose to come to Centralia.

“I love you.  I like watching you catch the bad guys,” Lauster told Rose who presented him with a Washington’s Most Wanted hat and a jacket.

“Josh, this is my very first Washington’s Most Wanted jacket,” said Rose.  I’ve had this for almost 13 years. I’m gonna give you this jacket. It’s gonna be a little big for you. I want you to hang on to it until I can have one made for you.”

“Oh yeah! Now, I’m gonna be on TV!”  he replied while slapping his hands together in joy. 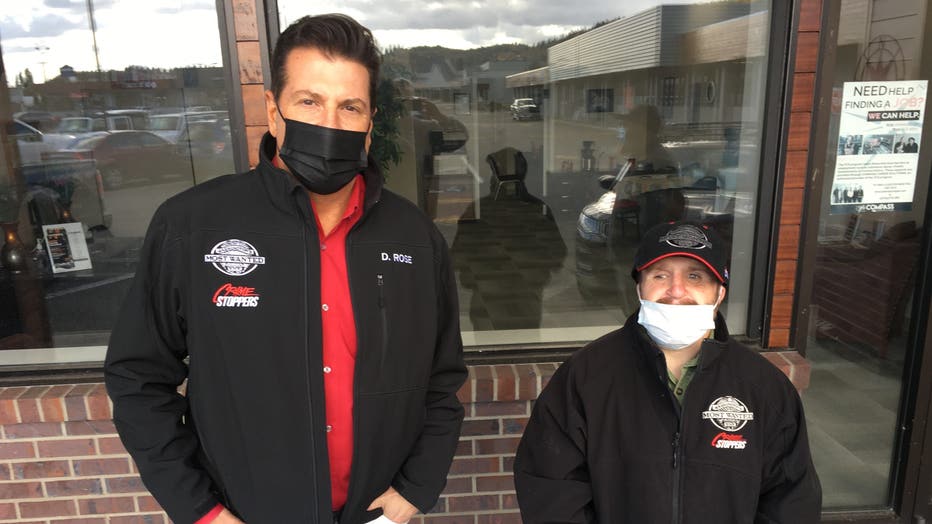 It’s that enthusiasm that shows why Special Olympics athletes like Lauster are such an inspiration to so many people.  Lauster is working with Van Auken to fill out an application for a new apartment. He’s making plans and told Rose that he is always keeping an eye out for the bad guys, including bad drivers.

Josh Lauster may be Washington’s Most Wanted’s biggest fan.  He achieved his goal of meeting Rose so what’s next?