Dave Chappelle was attacked during a performance at the Hollywood Bowl in Los Angeles, California, late on May 3, 2022. The clip shows the moment and his reaction afterward. Credit: Anonymous via Storyful

LOS ANGELES - Comedian Dave Chappelle was attacked during a show in Los Angeles Tuesday night after a man reportedly jumped on stage. The alleged attacker was injured in the attack and was carried away in an ambulance, according to reports.

Videos of the incident appear to show the man jumping onto the stage at the Hollywood Bowl, where Chappelle was performing his standup routine for his Netflix Is A Joke tour, when he attempted to tackle the comedian.

He was swiftly taken away by security and other individuals, who appeared to repeatedly hit the man just off-stage, videos appear to show.

Person surrounded by security after Dave Chappelle attacked on stage

A person was seen surrounded by security after comedian Dave Chappelle was attacked on stage during a gig at the Hollywood Bowl in Los Angeles, California, on May 3, 2022. Credit: Dale Earnhardt via Storyful

Immediately following the attack, Chappelle remained on stage and thanked security, before joking about the incident and describing the individual who attacked him as a "trans man."

Chappelle makes several jokes about the trans community in his standup routine and even boasted during Tuesday night’s performance that he has been recently forced to increase his security amid new threats.

Comedian Dave Chappelle was performing at the Hollywood Bowl in Los Angeles, California, when a man rushed on stage and tackled him in the middle of the show. The suspect, who was armed with a replica gun that also had a knife inside of it, was soon grabbed by security and taken into custody on charges. Chappelle was performing with a number of other comedians including Chris Rock and Jamie Foxx as part of a Netflix comedy special.

The attack reportedly happened as Chappelle was ending his show. Chapelle thanked actor Jamie Foxx and rapper Busta Rhymes for coming to his rescue, joking "whenever you're in trouble Jamie Foxx will show up in a sheriff's hat."  Fellow comedian Chris Rock appeared on stage and said "Was that Will Smith?"  The crowd roared at the reference to Rock's on stage attack from Smith at the Oscars earlier this year.

After the incident, Smith returned to his seat and was allowed to participate in the rest of the Oscars, even walking onto the stage later in the ceremony to receive an award.

Days later, Smith announced his resignation from the Academy, and he was subsequently banned from attending Academy-sponsored events for ten years.

"My actions at the 94th Academy Awards presentation were shocking, painful and inexcusable," Smith said in a statement.

After the ban was announced, Smith released another statement saying: "I accept and respect the Academy’s decision 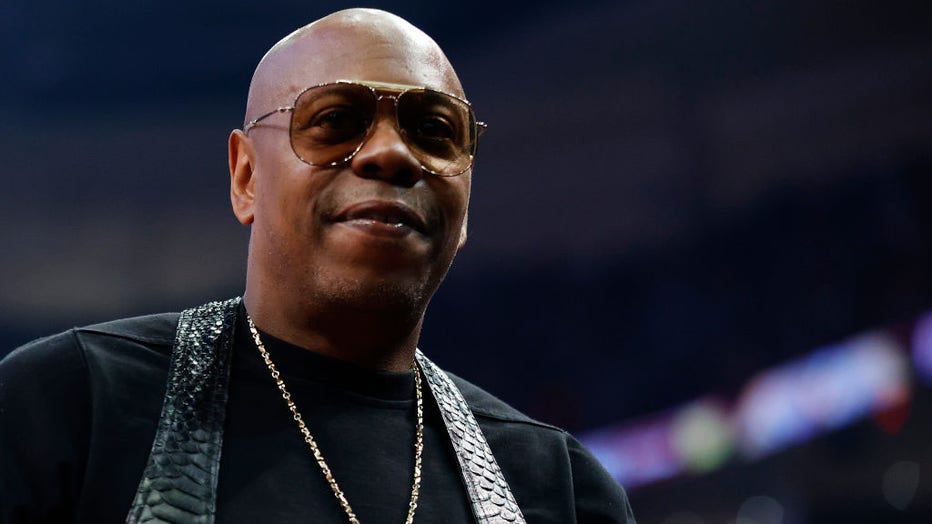 Chappelle will continue his tour later this month on the East Coast.