A judge declared a mistrial for the second time against Darcus Allen, the getaway driver for the man who killed four Lakewood Police officers in a coffee shop in 2009

A judge declared a mistrial for the second time against Darcus Allen, the getaway driver for the man who killed four Lakewood Police officers in a coffee shop in 2009.

Allen's attorney asked for the case to be dismissed on Thursday as jury deliberations continued. The state then asked the judge to declare a mistrial or have the jury continue deliberating.

But when a jury was asked if they could come down with a decision in a reasonable time, the jury said no.

Allen's first mistrial happened in 2015 when a judge declared there were flaws in a trial.

For his retrial, he faced four counts of first-degree murder.

The next court hearing is scheduled for Dec. 16 to determine a date for the new trial.

Allen was a friend of killer Maurice Clemmons, who attacked Lakewood police Sgt. Mark Renninger and Officers Greg Richards, Tina Griswald and Ronald Owens as they sat in a coffee shop preparing for their Sunday morning shift on Nov. 29, 2009. After killing three of them, Clemmons was shot as he wrestled with Richards but managed to kill the officer and take his gun. 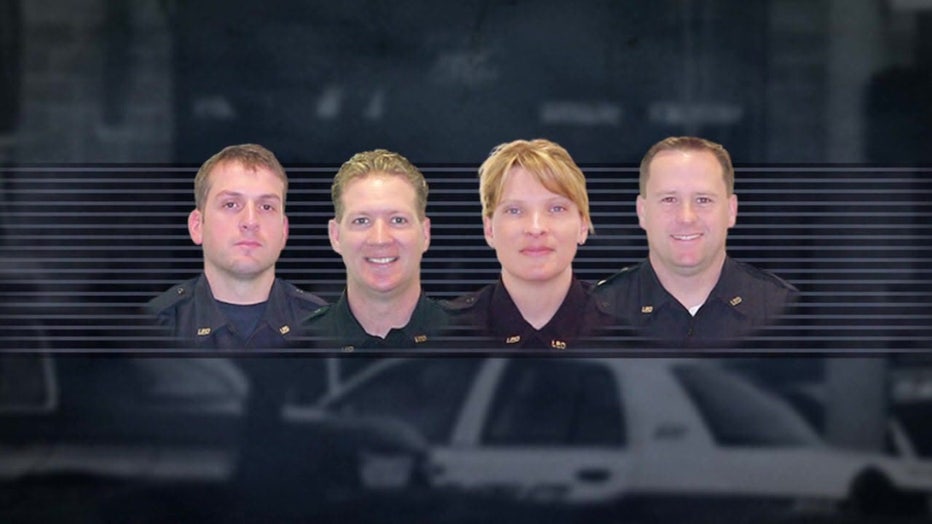 Clemmons, a felon from Arkansas, fled in a pickup truck that Allen drove. After receiving help and bandages from relatives and friends, Clemmons evaded a massive manhunt that ended two nights later, when a lone Seattle patrolman encountered Clemmons on a street and shot him dead.At the time of the killings, Clemmons had posted bail following an arrest for punching officers. During a Thanksgiving dinner that Allen attended, Clemmons said he intended to kill any officers who came looking for him.

Three days later, Clemmons asked Allen to drive him near the coffee shop. Allen also drove him away from it. Allen insisted he did not know Clemmons' plans ahead of time and that he did not realize anything had happened until they drove a few blocks and he saw that Clemmons was wounded.

A jury convicted Allen of murder as an accomplice in 2011. The jury cleared him of the aggravating factors: that he knew the victims would be police officers and that there were multiple victims or that the killings were planned.

The state Supreme Court overturned the conviction, saying a prosecutor had committed misconduct by misstating the definition of an "accomplice" during closing arguments.

Given that the jury had acquitted Allen of aggravating factors, it would be unfair to allow prosecutors another chance after their misconduct at the first trial, the defense attorney said.