After a deadlocked jury, a judge declared a mistrial in the rape trial of "That '70s Show" actor Danny Masterson.

"Our office has decided to re-try this case," Deputy District Attorney Reinhold Mueller told Superior Court Judge Charlaine F. Olmedo about 1 1/2 months after jurors deadlocked on the three charges against the "That '70s Show" actor.

In court Tuesday, Olmedo rejected a defense effort to get the charges dismissed.

Defense attorney Philip Kent Cohen noted in his court filing that jurors predominantly voted in favor of acquitting Masterson of the charges and that "this outcome was not a fluke." Mueller countered in his response that "there is sufficient evidence to support a guilty verdict" and that the prosecution "should not be preempted from obtaining a just judgment in this case."

Jury selection in Masterson's retrial is set to begin March 29, with prospective panelists expected to be asked to fill out questionnaires and to then return to the downtown Los Angeles courthouse April 3 for questioning.

Masterson, 46, was charged in 2020 with forcibly raping three women in separate incidents between 2001 and 2003 at his Hollywood Hills home. During last year's trial, jurors leaned in favor of acquittal on all three counts against him -- voting 10-2 on one count, 8-4 on another and 7-5 on the third -- but they were unable to reach a unanimous decision, leading to the mistrial Nov. 30.

Cohen told reporters after the mistrial was declared that he believes "this case has significant issues and I think the jury saw those issues." 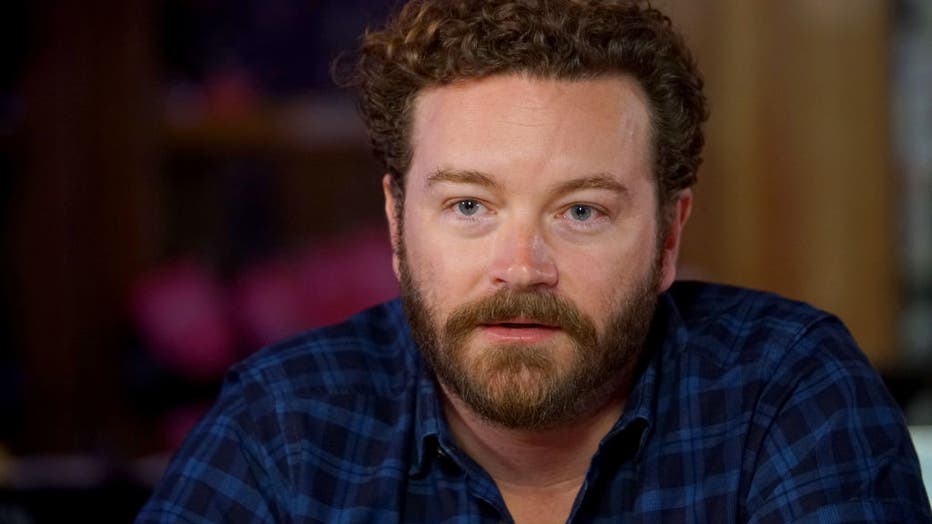 Masterson has been free on bail since his June 2020 arrest by the Los Angeles Police Department's Robbery-Homicide Division.

In closing arguments Nov. 15, Mueller said the actor used "force, fear or threats" to sexually assault the women and should be convicted of rape. But Masterson's attorney countered that the alleged victims lied about their relations with the actor.

The prosecutor told jurors that, for Masterson, "No never meant no." Although the actor "looks like a well-groomed gentleman" in court, "he looks very different" to his alleged victims, the prosecutor said.

In arguing for an acquittal, Masterson's attorney told jurors that the prosecution wanted to "win this case so badly" that they ignored "blatantly fabricated" and inconsistent testimony from witnesses during the nearly month-long trial.

"It's not just maddening, it's horrifying," Cohen said of the case against his client, adding that the alleged victims "have motivations to lie" on the witness stand.

Masterson, a longtime adherent of the Church of Scientology, is charged with three counts of rape by force or fear involving the three women. The actor declined to testify in his own defense.

In his closing argument, the prosecutor reminded the jury of the testimony of the alleged victims, known by the initials C.B., J.B. and N.T.

J.B., for example, testified she had gotten drunk on vodka that Masterson had given her and was subsequently "dragged" into the shower, where she swung at him as he washed her breasts with soap, the deputy district attorney said.

The woman was eventually taken to Masterson's bed, where she passed out -- and woke to find her fellow Scientology member on top of her, according to Mueller.

The woman also testified that she grabbed the back of the actor's hair and pushed a pillow into his face as he penetrated her, adding that Masterson shoved the pillow back in her face with all of his body weight on her and that she felt she was being smothered, Mueller said.

Cohen responded that J.B. had not been truthful about the sexual encounter.

In his closing argument, Masterson's attorney used cardboard exhibits to illustrate the concept of reasonable doubt, urging jurors to bear in mind the presumption of innocence when they start deliberating.

"The decision you make in this case is one of the most important decisions of your life," he said.

In December 2017, Netflix announced that Masterson had been fired from the Emmy-winning scripted comedy "The Ranch" amid sexual assault allegations.

The actor said then he was "very disappointed," and added that "it seems as if you are presumed guilty the moment you are accused." He also "denied the outrageous allegations" and said he looked forward to "clearing my name once and for all."

A civil suit filed in August 2019 against Masterson and the Church of Scientology by the three women involved in the criminal case and one woman who was not a member of the church alleges they were stalked and harassed after filing sexual assault allegations against the actor with Los Angeles police.

The Los Angeles County District Attorney's Office declined to file sexual assault charges against Masterson in two other alleged incidents, citing insufficient evidence on one and the statute of limitations on the other.