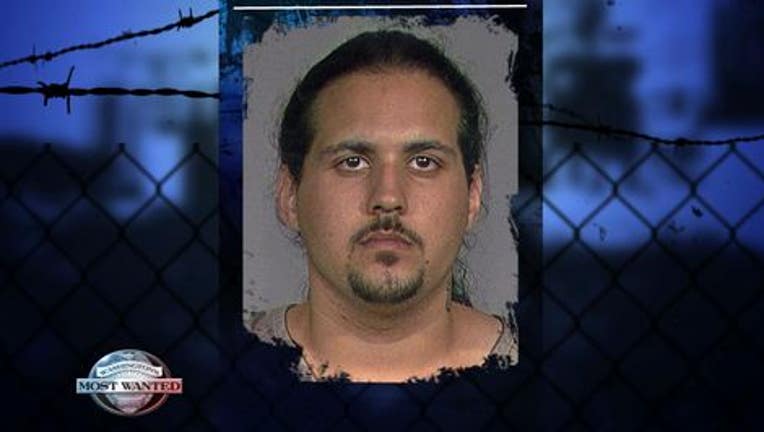 FUGITIVE CAPTURED Feb. 15, 2013 -- Lakewood police say it was multiple WMW viewer tips called into Crime Stoppers of Tacoma/Pierce County that led to the arrest of Daniel Rice at a Lakewood bar. WANTED IN PIERCE COUNTY Feb. 8, 2013 – This violent fugitive is known to be down for a good knife fight – and he escaped from custody in Pierce County. Topping it off, he’s also known to have gang ties and has been accused of domestic violence and threats. Police busted Rice and his accomplices for the grocery store beat-down and stabbing of a rival gang member. "He does have a violent past. He's been involved in a knife fight inside of a grocery store where somebody was stabbed. He has a domestic violence warrant. He has a DOC hold and he knows that we're looking for him. If anybody sees this suspect, we want to make sure that they don't approach him -- call 911 or call Crime Stoppers,” Pierce County detective Ed Troyer said. Rice is 6 feet tall and weighs 300 pounds – he is a big 22-year-old and hard to miss – plus, there's a giant Zodiac sign tattooed on the side of his neck. If you know where Rice is, call Crime Stoppers at 800-222-TIPS. Text a tip here.