FUGITIVE CAPTURED October 19, 2016 --
Miguel Candido was arrested and booked into the Franklin County Jail on Wednesday.

FUGITIVE WANTED BY DOC IN TRI-CITIES August 19, 2016 --
Having devil horns tattooed on your head is usually a good sign that you're a bad guy -- and it definitely fits for a High-Violent gang member street named ‘Little Felon’ who's on the run in the Tri-Cities.

His real name’s Miguel Candido and officers say he’s breaking probation for shooting a rival gang member in the head during a drive-by in Kennewick.

DOC Officers say Candido has a huge rap sheet and ties to the Tri-Cities and Benton City. 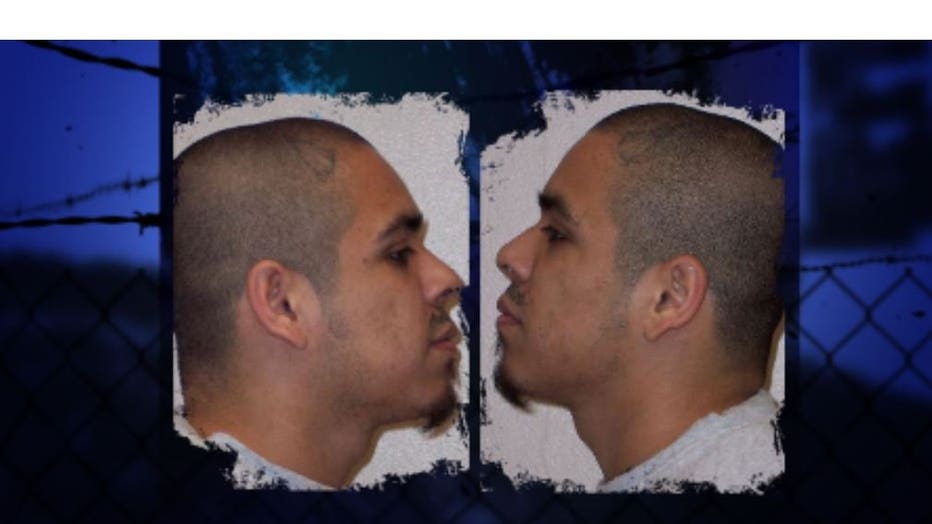