The Commemorative Air Force released all six names of the people killed in a mid-air crash at the annual Wings Over Dallas Air Show on Saturday.

DALLAS - The Commemorative Air Force released all six names of the people killed in a mid-air crash at the annual Wings Over Dallas Air Show on Saturday.

All six were on the B-17 Flying Fortress and Bell P-63 Kingcobra flight crews involved in the collision.

Cell phone video shows the P-63 Kingcobra crashing into the B-17 Flying Fortress, before bursting into flames.

"We appreciate the incredible support and condolences pouring in and are relaying your messages to all impacted by this tragic event," said Hank Coates, the president of the Commemorative Air Force.

All six were on the B-17 Flying Fortress and Bell P-63 Kingcobra flight crews involved in the collision.

On Monday, NTSB members updated the media on the status of the investigation.

"We recovered the wreckage of the P63 as of this morning, and it has been transported to a secure location," said NTSB member Michael Graham.

The recovered pieces will be laid out for analysis at a secure location.

Graham said rain has delayed further recovery of the much-larger B-17.

"The recovery process will continue tomorrow, weather permitting," he said.

Six people were killed when two planes collided in the air during a Dallas airshow. Those who were killed were all pilots or crew members. They were all volunteers, including some retired pilots, veterans, and a former Keller City Council member.

The NTSB also says it obtained the air show frequency recording to examine communications among the show participants.

And while neither aircraft had flight data recorders, Graham said investigators did recover an electronic flight display from the B-17 and a GPS navigational unit from the P-63.

"Data these type of units may have, and I say the word ‘may have,’ are GPS location, possible altitudes of aircraft and speeds of the aircraft," Graham said.

The NTSB is investigating the cause of the crash.

A preliminary report from the NTSB is expected in four to six weeks.

A final report may take up to 18 months to complete.

Monday, a memorial stands at the crash site. Six crosses are marked with each of the six names.

Video from witnesses obtained by FOX 4 shows two planes colliding in the air during the Wings Over Dallas WWII Airshow at the Dallas Executive Airport. (Video courtesy Valerie Dinh.)

Captain Terry Barker was an American Airlines pilot for 36 years and a former Keller City Councilman.

He was also a husband, a father, and most recently added the new title of grandfather.

Barker was an Army veteran who flew helicopters during his military service.

He retired from American Airlines in 2020.

Keller Mayor Armin Mizani knew Barker for years, and looked up to him as a mentor.

"Everybody knows everyone [in Keller]. Obviously, we are grieving," Mizani said.

Michael Smith met Barker of decades ago at American Airlines. Now both retired, the two share a love for antique planes and the same airplane hangar.

"I’d say there were none better. He was as good as anyone out there," he said.

Smith says Barker knew airplanes from the inside out. Barker was in the middle of building a WWII trainer airplane himself but never got to finish it.

"The last time I said goodbye to him, I said, ‘I love you.’ And he said it back. We did we loved each other," he said.

Hutain, from Montgomery, Texas, flew for United Airlines and was planning to retire in a few years.

In a previous interview in front of his warbird, he said his love for aviation came from his father.

"From my behalf, it’s an honor and a privilege to fly this airplane," Hutain said in the interview. "I’ve always been a pilot. I’ve been able to fly a J-3 with a pillow under my rear end and behind my back. It’s a life-long obsession for me."

Kevin Michel was from Austin, Texas.

According to his bio he served many roles on the flight crew, including historian, media representative, and supervising tours for veterans and the public.

Kevin Michels was Reed’s best friend. The two grew up in Colorado before both moving to Austin, Texas.

Michels devoted his extra time as a volunteer crew member on board the B-17. His many roles included historian, media representative and supervising tours. 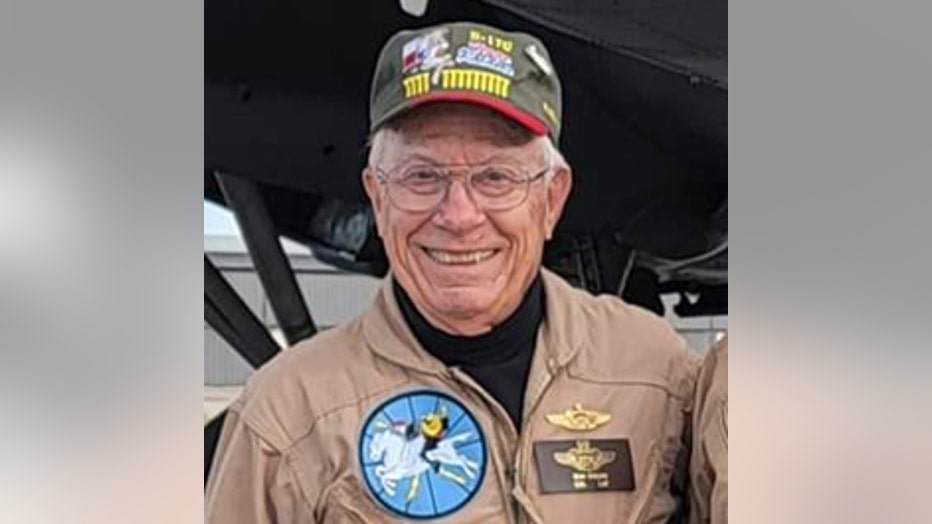 He was on the B-17 during the collision.

Ragan was a radio operator on the Texas Raiders plane in the Navy back in the 50s. A Facebook video from 2018 captures the moment Ragan was reunited with his former aircraft. 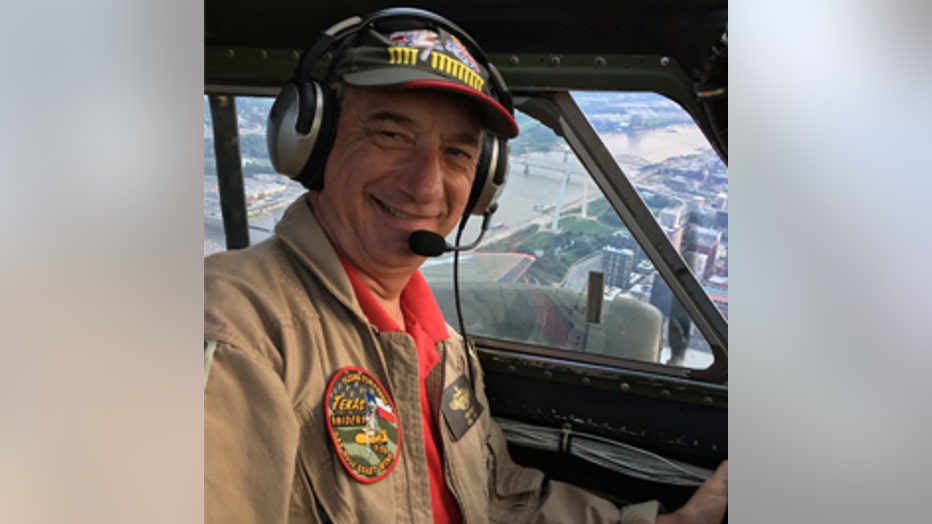 The Allied Pilots Association confirmed that CA Len Root of Fort Worth was on the B-17 during the crash.

Root retired from his career as an American Airlines pilot last year.

On Monday, Root's best friend came out to a growing memorial to pay his respects.

"It's really hard to know that I just lost my best friend here .and knowing we'll never have him around again alive," said David Arber.

Arber says he last spoke with root on Thursday, who invited him on board the doomed flight, but he had a previous engagement.

"It's something he loved to do," he said. "And it’s the way the Good Lord took him to heaven."

Arber is eager for answers about what went wrong in the air that fateful Saturday, taking the lives of his buddy and five others.

"It's very hard to cope with, and that's why I'm here today to give sympathy to the family members," he said.

Major Curt Rowe was named as one of the victims by the Ohio Wing Civil Air Patrol on Sunday.

Rower volunteered to be a crew member on the B-17 Flying Fortress in addition to his 30-plus years of service for the Civil Air Patrol.

Rowe, from Hilliard, Ohio, earned every aircrew rating possible and earned his Command Pilot rating, according to the Ohio Civil Air Patrol.

He flew hundreds of cadets on orientation flights over the course of his service, according to a Facebook post from the Civil Air Patrol.

The memorial will stay up for now. It continues to grow.

The International Council of Air Shows Founation set up a donation page to help support the families of the victims.

The Commemorative Air Force says 100% of the money collected will be provided to the families.