LeBron James scolds media for not talking more about Jerry Jones, suggests race has something to do with it

Jones came under fire in a story in The Washington Post last week over the photo. He was in the crowd consisting of White students attempting to deny access to six Black students at North Little Rock High School.

FRISCO, Texas - Dallas Cowboys quarterback Dak Prescott addressed the recently-surfaced photo of a young Jones at a desegregation protest in Little Rock in 1957.

Prescott was asked about recent comments from Los Angeles Lakers star LeBron James, who criticized the media for not talking about the photo enough.

"I don't have much to say. Obviously we can be more empathetic and give grace to one another," Prescott responded. "I think that's on Jerry to address, right?"

The Washington Post unearthed a photo showing a 14-year-old Jones in the back of a crowd of white students that was blocking Black students from entering a high school in Little Rock, Arkansas.

Jones recently told reporters he was a spectator as a high school sophomore, and didn't know the gravity of what was going on. 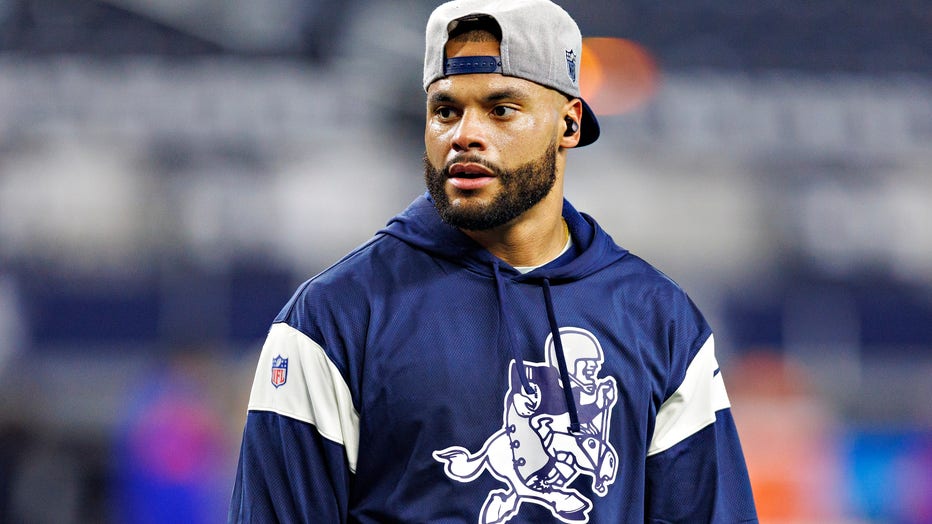 ARLINGTON, TEXAS - NOVEMBER 24: Dak Prescott #4 of the Dallas Cowboys warms up before a game against the New York Giants at AT&T Stadium on November 24, 2022 in Arlington, Texas. The Cowboys defeated the Giants 28-20. (Photo by Wesley Hitt/Getty

READ MORE: LeBron James scolds media for not talking more about Jerry Jones, suggests race has something to do with it

"That Jerry Jones photo is one of those moments that our people, Black people, have been through in America," James said. "And I feel like as a Black man, as a Black athlete, as someone with power and a platform, when we do something wrong, or something that people don't agree with, it's on every single tabloid, every single news coverage, it's on the bottom ticker. It's asked about every single day."

"But it seems like to me that the whole Jerry Jones situation, photo -- and I know it was years and years ago and we all make mistakes, I get it -- but it seems like it's just been buried under, like, 'Oh, it happened. OK, we just move on.' And I was just kind of disappointed that I haven't received that question from you guys."

On Thursday, Prescott said he's not sure he's fully processed the incident.

"Pictures they show how far we've come, but in the same sense they're a reminder of just how short of a time that was ago," the quarterback said. "I wouldn't be here if it was still that way, so I believe in grace and change."

There's new reaction to the explanation by Cowboys owner Jerry Jones about why he was at a 1957 desegregation protest.