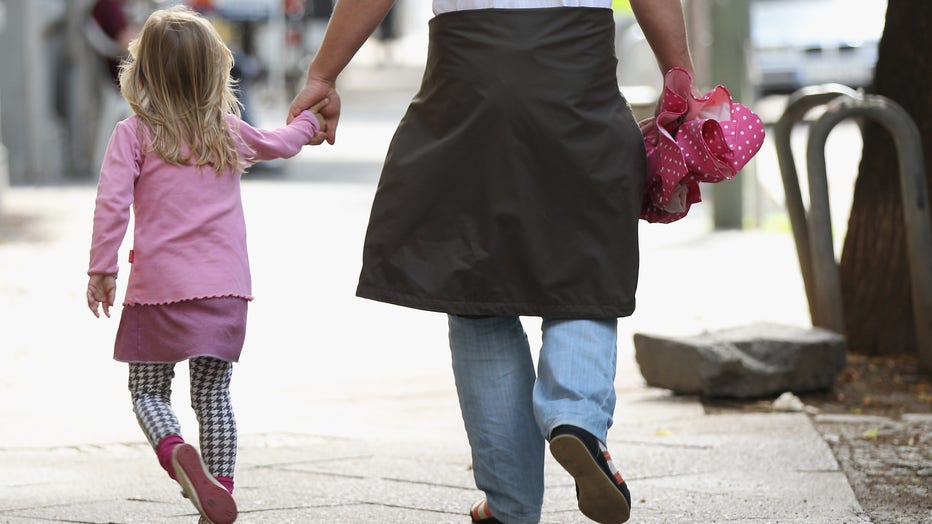 NEW YORK (CNNMoney) -- Being a dad might entail dirty diapers, but it also tends to come with big bucks.

Men with children earned 40% more than their childless counterparts in 2010, according to a new study by The Graduate Center, City University of New York. And they made nearly twice as much as mothers. 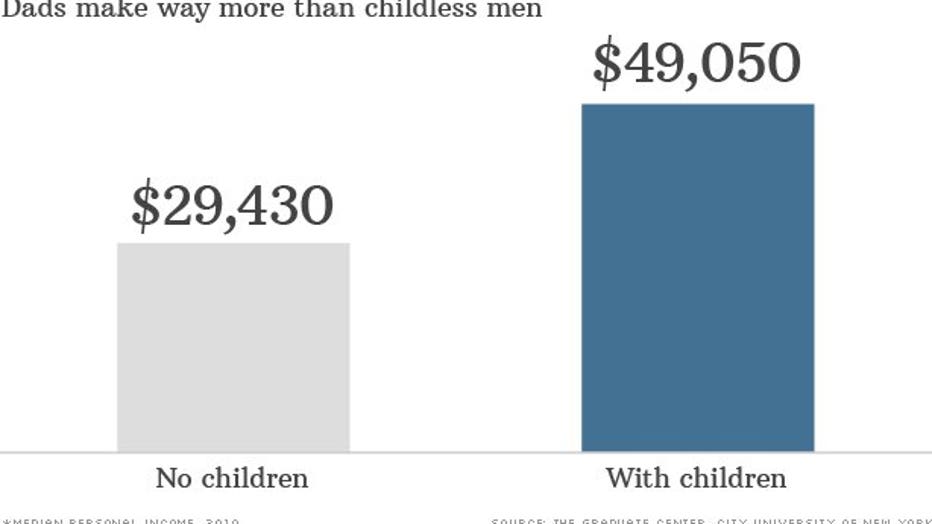 Part of reason for the wide differential between dads and non-dads is that fathers tend to be older and more established in their jobs and command higher wages. But the gap persists even among men in the same age group.

Overall, 92% of dads are employed full-time compared to 77% of non-dads, who are more likely to be part-time workers. Also, more fathers are in management and professional jobs, while a larger share of childless men are in service, sales and office positions.

It may not be that surprising that moms make much less than dads, but mothers still make more overall than childless women. Median personal income among mothers in 2010 was just over $25,000 compared to $20,165 for women without kids.

However, moms pulled ahead only because they tended to earn a lot more during their early working years.

The findings suggest that dads are getting a boost on the job that others aren't seeing.

"Parenthood is giving advantages to men but not to women," said Justine Calcagno, a social psychologist and author of the report.