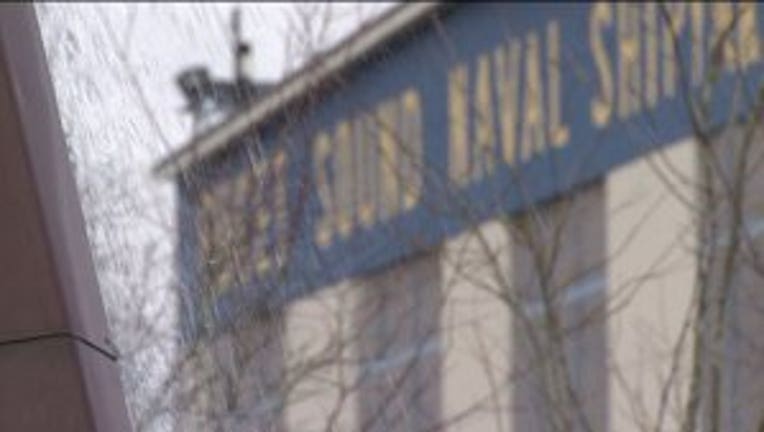 Many of these men and women may soon have to take one unpaid day off a week until the fall as part of the federal budget sequester. That works out to a nearly 20% pay cut.

The Navy is Kitsap County’s largest employer -- about 13,000 people who live, shop and eat in the community.

“Anywhere within walking distance we have a lot of lunch places.When the lunch happens at the shipyard, you see a significant amount of people coming out,” said Mike Strube of the Bremerton Chamber of Commerce.

Many of them head to Noah’s Ark, a local landmark that’s been serving burgers since the 1970s. Bianca Garguile’s grandfather opened the place. She said her customers are worried, and they’re not the only ones.

“They’re nervous and scared. They don’t know what’s going to happen and they rely on that income. Part of that is eating out, and we rely on that money so it’s scary for us,” said Garguile.

Kilmer, who represents the state’s 6th Congressional District, which encompasses the Olympic Peninsula, including Bremerton, said he is frustrated that House Speaker John Boehner called a congressional recess and sent everyone home.

“I think we should be back in D.C. trying to get this solved. We need to get to work,” said Kilmer.

Temporary workers have been told they could be laid off.  The naval base was planning to hire 500 additional workers in January but held off because of the looming cuts.