SAN JOSE, Calif. – Customers at a Target store in California got nasty shock when they reported hearing a pornographic audio track being played over the store’s intercom system.

Editor's note: The video contains material that some viewers may find disturbing due to its graphic adult nature. Viewer discretion is advised.

Shoppers like Chris Minor were horrified by what they heard at the Westgate Mall Target Wednesday morning.

So were a lot of other shoppers, including mothers with babies like Gina Young. She was shopping with her twins when the moaning and groaning began.

"People offered to help me cover my twins ears. Others threw their stuff down and walked out. Employees were running around everywhere. Picking and hanging up phones, which worked....for about two minutes before it started up again. People were screaming at employees, video taping, some laughing some disgusted. It was terribly awkward," Gina Young posted " target="_blank">on Facebook.

"That is terrible," one woman can he heard saying on a video of the incident uploaded to YouTube.

The customer who shot the nearly four-minute video said there was also sexually explicit language and profanity, too.

Minor said at one point the sounds stopped when the store workers apologized over the intercom. But then the audio started again.

“Though it may have been Halloween related, maybe an employee playing games, but this was rated X material, which made me feel very uncomfortable,” Minor said. “I was taken aback, appalled and very frustrated." 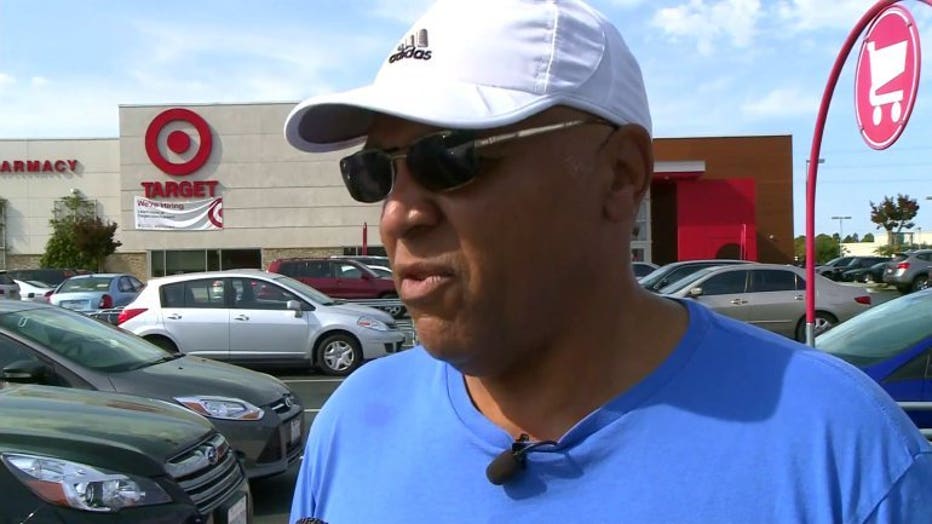 Target issued the following statement about the issue:

"We are actively reviewing the situation with the team to better understand what happened and to help ensure this doesn't happen again."

Minor said the store’s manager apologized to him, but said Target should have had more safeguards.

KPIX reported that a similar incident happened at a Target store in San Luis Obispo in July.