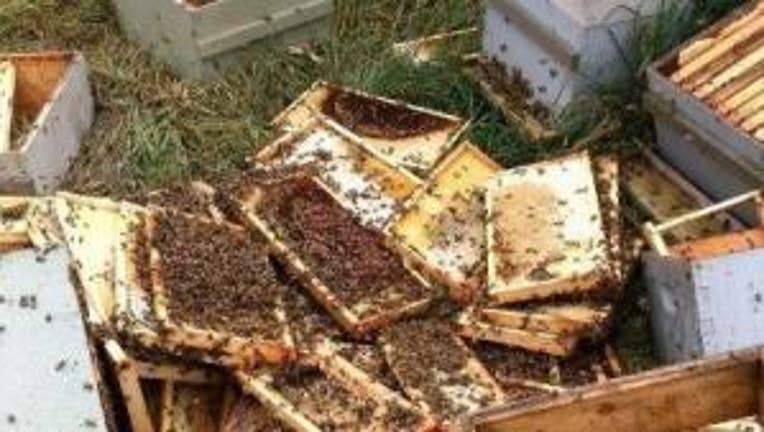 SEATTLE -- Who stole the honey?

A local Seattle farm says some hungry bears are the culprit.

The Ballard Bee Co.  said Thursday that bears ate up more than 100 pounds of their honey – more than $1,000 worth -- at one of their local farms.

The suspects are described as brown and furry.

Beekeepers woke up Wednesdsay morning to a mess at a local beekeeping farm.

Neighbor Janetta Pickering said bears are a common sight this time of year.

“They are out to play, they need nutrition before they hibernate,” Pickering said.

Ballard Bee Co.’s solution to keep the bears away is an energized fence. But when you harvest honey and fruits such as apples for a living, Pickering said, bears just come with the territory. She was asked if she thought they would be back after eating more than 100 pounds of free honey.