SPOKANE, Wash. (AP) - Loren Culp is not the typical Republican running to become governor of Washington.

Unlike most previous GOP candidates for the state’s top office, Culp, 59, is a first-time politician. The police chief of the tiny town of Republic in eastern Washington was relatively unknown until he received national attention for saying he wouldn’t enforce a ballot measure approved by voters in 2018 that placed new restrictions on firearms.

In line with President Donald Trump — whom he supports in a state that overwhelmingly voted for Hilary Clinton — he has several nicknames for Inslee, such as ``Job Killer Jay,″ and``Gov. Ineptly.″

Culp paints Washington — a state with an until recently booming economy, a big increase in population and rising home prices — as plagued by homelessness, drug abuse, wildfires and government mismanagement.

"Democrats have been in charge for a long time,″ Culp told The Associated Press. “People are tired.”

"Culp is wildly out of touch with the average Washington voter,″ said Will Casey, spokesman for the Washington State Democratic Party.

Democrats point to Culp’s opposition to gun control, to reforms intended to reduce violence by police, to his membership in an extreme conservative group and to a botched sexual assault case in remote and rural Ferry County.

There were three dozen candidates running for governor this year, and Washington’s top-two system meant the two highest vote-getters would advance from the August primary to the general election, regardless of party. Inslee won 50% of the total primary vote in his bid for a third term. But Culp prevailed among challengers, receiving 17% of the vote to finish second and advance.

Recent polling has shown Inslee with a comfortable lead - and the GOP has not won a gubernatorial race in Washington state since 1980.

Culp said his main goal is to "return individual freedoms back to the citizens.″

He first made a public name for himself in 2018, when the state’s voters passed Initiative 1639, which raised the age to buy semi-automatic rifles from 18 to 21 and imposed other new restrictions and passed with 59% of the vote statewide.

Culp saw it as an assault on the Second Amendment, and declared as police chief he would not enforce the laws.

"I will always protect citizen’s rights,″ he said, noting both the U.S. and state constitutions protect the rights of citizens to bear arms.

While courts have upheld the gun initiative as constitutional, Culp said other laws that were objectionable have been upheld by courts in the past, such as the forced internment of Americans of Japanese descent in World War II. He says people should refuse to obey unconstitutional laws.

For defying voters on the 2018 gun rights initiative, Culp was named “Police Chief of the Decade” last year by the Constitutional Sheriffs and Peace Officers Association.

The CSPOA, which claims hundreds of members around the country, contends that county sheriffs have complete authority — exceeding even the U.S. Supreme Court — to decide which laws are unconstitutional in their jurisdictions.

Robert Tsai, a law professor at American University, has called the constitutional sheriffs organization a fringe group with roots in the far-right, anti-Semitic “posse comitatus” movement of the 1970s and 1980s.

"It is not extreme for public servants to obey their oath of office and stand up for citizens rights,″ Culp said. "It is our duty no matter what the critics say.″

Some of Culp’s comments have drawn condemnation, such as his contention that his refusal to enforce the guns initiative was comparable to civil rights leader Rosa Parks’ refusal in 1955 to give up her bus seat to a white man.

"We don’t think the rhetoric from Culp on this issue will resonate with Washington voters,″ Casey, the Democratic spokesman, said.

Culp’s views may prove a hard sell in Seattle and King County — where he received just 5% of the vote in the primary. The voter-rich Seattle metro area votes overwhelmingly Democratic, which makes it difficult for the GOP to capture prominent statewide offices like governor and U.S. Senate.

Culp is unfazed. He bashed Inslee for blaming wildfires on global warming; for shutting down parts of the state’s economy during the coronavirus pandemic and then mandating that people wear masks; for weeks of riots and a short-lived ``autonomous zone″ in Seattle in the wake of the police killing of George Floyd; and for illegally bringing as gifts apples that introduced apple maggots into eastern Washington orchards when he visited fire-ravaged parts of the state.

The apple incident showed that Inslee was out of touch with the state’s huge agriculture industry, Culp contended.

Culp has been married for 43 years and has two grown children. He was raised in Jefferson County, in a rural part of western Washington. He dropped out of high school and later got a GED. 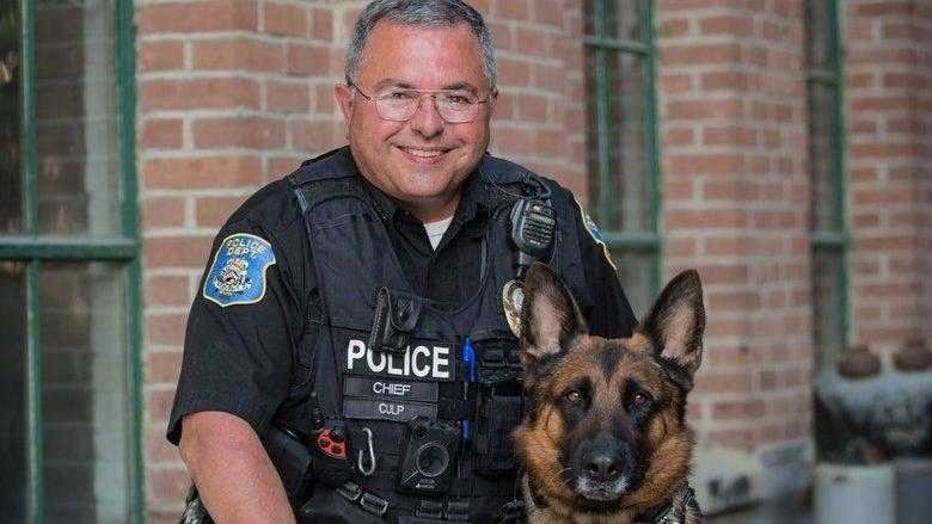 He ran a construction business in the Olympia area for 20 years, then at the age of 49 decided he wanted to go into law enforcement. Culp attended the state police academy and was hired in Republic, a town of about 1,000 people located 300 miles east of Seattle.

He held various positions in the police department before rising to chief. But a series of budget cuts in Republic mean he is the only policeman in town.

Culp would be the first governor from Eastern Washington since Clarence Martin, a Spokane County Democrat, was elected in 1932.

Culp’s police record has come under scrutiny, with some Republican primary opponents pointing to a lawsuit in 2017 accusing him of botching a child sexual-abuse investigation.

RELATED: The Divide: Inslee vs. Culp

The lawsuit contended Culp and two other law enforcement officers failed to properly investigate and report allegations in 2013 from a 17-year-old girl who said a male relative had been sexually molesting her since she was 5.

The lawsuit stated Culp and a Ferry County deputy did not believe the victim and sought to intimidate her with the threat of a false-claims charge.

The victim eventually brought her allegations to the Benton County Sheriff’s Office, which found supporting witnesses and arrested the relative in 2014.

Culp has denied any wrongdoing, saying the case came from Ferry County and was not in his jurisdiction and that he was not the lead investigator.

Culp has also maintained associations with some controversial far-right organizations.

His campaign paid $7,000 in June to Peter Diaz, founder of a group called American Wolf, which has sent armed civilians to act as self-appointed, pro-law-enforcement “peacekeepers” at protests against police brutality.

Culp is not a supporter of the Black Lives Matter movement, and denies systemic racism is a problem in American policing.

"We’ve got to get government back to following the Constitution,″ Culp said.