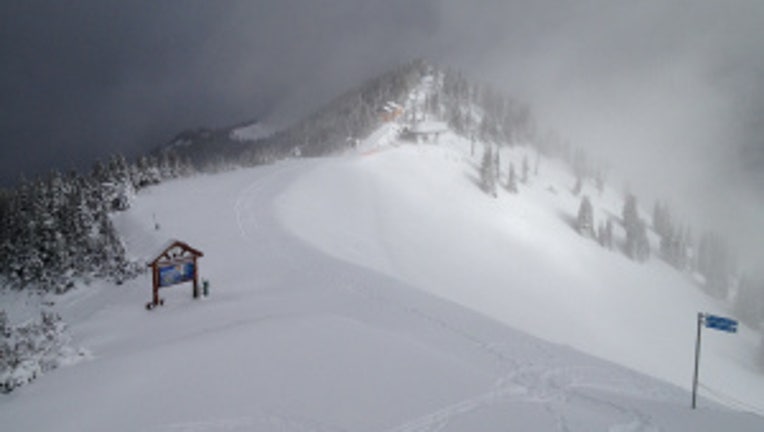 CRYSTAL MOUNTAIN, Wash. -- It’s a one-of-a-kind opportunity for a few serious skiers and snowboarders to be the first on the slopes for the 2013 ski season.

The resort planned to sell $15 single-day passes to 51 skiers and snowboarders on its Facebook page. But just minutes into the sale, a swarm of Web traffic crashed the site.

"We've got snow piling up now and it would be a shame to let it go to waste," said Crystal Mountain General Manager John Kircher.

While there is 22 inches of fresh snow in places, officials say to plan for backcountry conditions, complete with rocks and unmarked hazards.

Crystal is warning skiers and boarders to plan to hike back up to the lift or down to the bottom in order to get off the mountain.