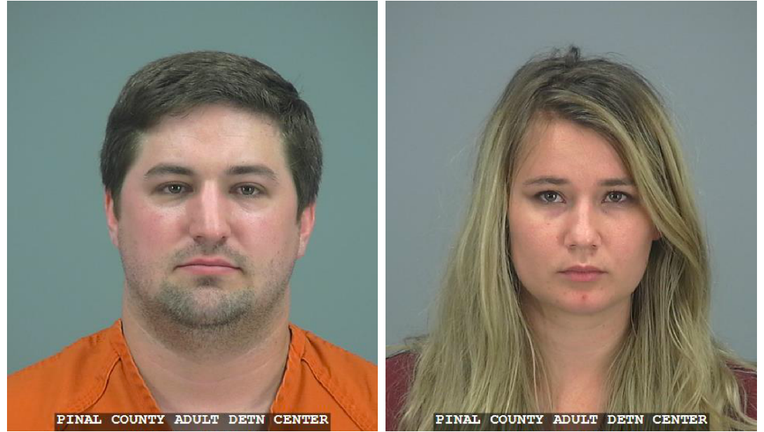 The toddler, wearing just a diaper and T-shirt, managed to wander out of the house and into the 96-degree heat, according to a Pinal County Sheriff's Office report. A neighbor called 911 and deputies found the child wailing outside the San Tan Valley home, trying to get in, according to KFVS.

The boy was "red faced, sweaty and dirty" by the time deputies arrived, according to the report.

Deputies walked into the home – which was unlocked – to find three dogs but no sign of the parents, 27-year-old Brent Daley and 25-year-old Brianne Daley, according to officials. After locating Brent Daley's phone number, deputies called him to say they had found the boy abandoned outside the house, to which Daley allegedly replied, "Whatever," before hanging up.

It took the Daleys close to an hour to return home after the call, deputies said.

The couple had allegedly left the boy sleeping so they could get gas, but later admitted they were driving to various parks and other areas while playing Pokemon Go, according to Sheriff Paul Babeu.

Both parents face charges of child endangerment and child neglect and were booked into the Pinal County Sheriff's Office jail.

The child is now being cared for by the Department of Child Services.