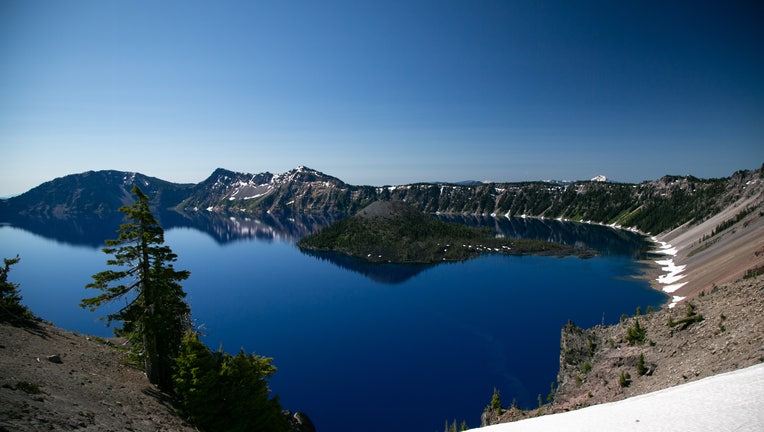 BEND, Ore. (AP) - The clean, clear waters of Crater Lake National Park are being threatened by contamination brought in by visitors after the coronavirus pandemic spurred sharp cutbacks in park staffing.

Crater Lake Superintendent Craig Ackerman said he’s concerned visitors are ignoring signs prohibiting the use of gear that could result in invasive species being introduced into the lake, The Bulletin reported.

Rangers are attempting to turn back people with illegal items, “but we can’t have someone there 24 hours a day,” he said.

The 1,943-feet (592-meter) deep lake is one of the most pristine large water bodies in the world. It formed about 7,700 years ago when a volcanic eruption collapsed a peak and left a crater that filled with water.

After the park was closed from March until June because of the virus, visitation has since exploded, with staff calling the surge “like spring break on steroids.” Visitation figures aren’t available for July, but Ackerman said rooms at the Crater Lake Lodge and Mazama Village cabins are booked through the rest of the summer.

Park staffing levels are 60% to 70% below normal because of housing shortages stemming from the pandemic.

Private boats are not allowed on the lake, but there have been reports of visitors using water rings, inflatable kayaks, inner tubes, small rafts, snorkeling and scuba gear and even an eight-person raft in the lake. Many people also take dogs, which are banned because they might unknowingly transmit invasive species that could irreversibly contaminate the water.

Several incidents of illegal climbing in the caldera have been reported, with rangers and outside crews sometimes dispatched in time-consuming, costly rescues. Seven people were cited Friday after illegally climbing inside the caldera and triggering a large search effort.