Kent School District spokesman Chris Loftis said the boy brought the gun to school in his backpack, but it fell to the floor as he was getting his jacket for his walk home. 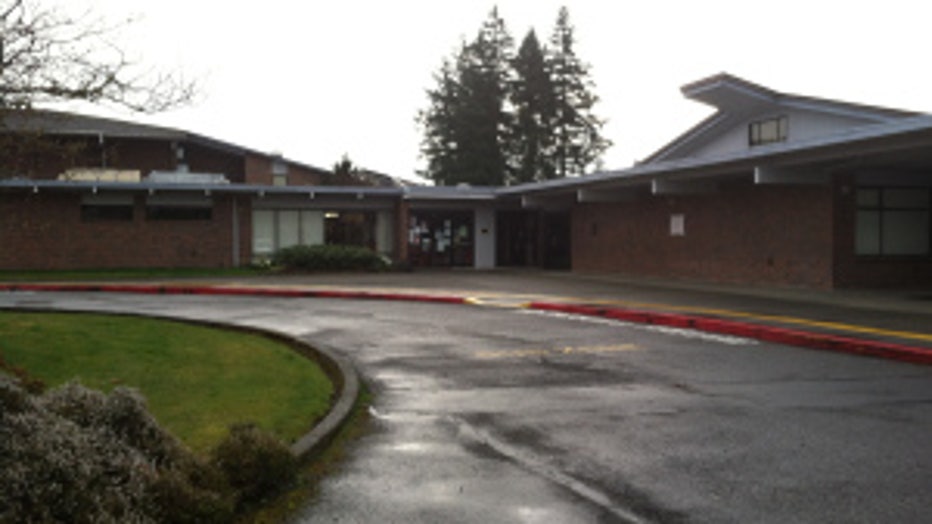 Two students at Soos Creek spotted the small-caliber gun on the classroom floor, picked it up and gave it to their teacher.

“The teacher immediately recognized this was no toy gun. She called in the principal, the room was cleared, (the) gun was secured and 911 was called,” Loftis said.

School administrators say it was a little kid who made a big mistake.

“The kid didn’t bring it because he felt threatened or was bullied,” said Loftis.

Phone calls and letters immediately went out to parents, including Kandiss Jackson, who said her 8-year-old son was in the same classroom where the gun was discovered.

The boy was immediately expelled for a year -- a penalty the state mandates anytime a student brings a gun to school. The superintendent, however, has the power to bring the boy back to school after a thorough review.

Dawn Pickens’ granddaughter goes to Soos Creek. She sympathizes with the 7-year-old boy and hopes the school gives him a second chance.

Pickens says if anyone needs to be held accountable, it should be the boy’s parents.

“Any person who potentially had knowledge that the weapon was in an open access area for that child could face culpability,” said Assistant Kent Police Chief Pat Lowery.

Kent police said the gun belongs to the mother's roommate. If they can prove no safeguards were taken with the gun at home, both the roommate and the mother could face possible charges, police said.

“Kids should not have access to guns, period,” said Jackson.

School counselors have been on hand since Tuesday’s incident to help students if needed.