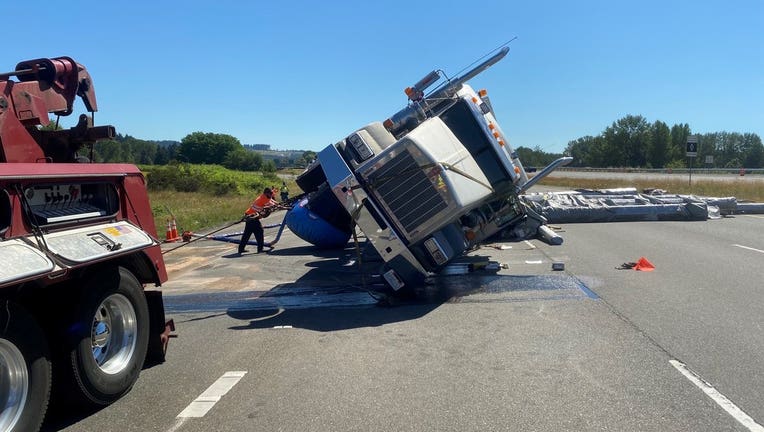 Crews worked to get a rolled semi upright on SR 167 in Sumner.  (WSDOT)

SUMNER, Wash. - Crews are clearing the roadway after a semi rolled over in a crash Tuesday morning on State Route 167 in Sumner.

At about 12:30 p.m., officials with the Washington State Department of Transportation said crews had the semi upright but still had to move a pipe and debris from the highway.

Trooper Robert Reyer said the driver was taken to the hospital with minor injuries.

It’s unknown when lanes will reopen but drivers are advised to take alternate routes.