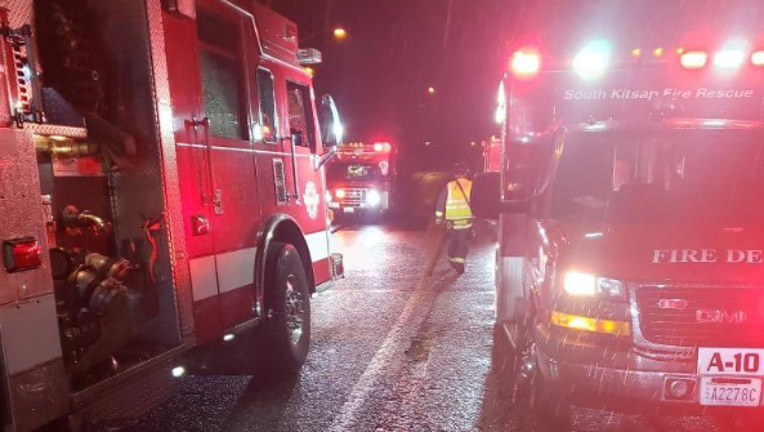 According to South Kitsap Fire and Rescue (SKFR), crews responded to reports of a car that drove over the embankment near Banner Rd. and Southworth Dr. Friday night. 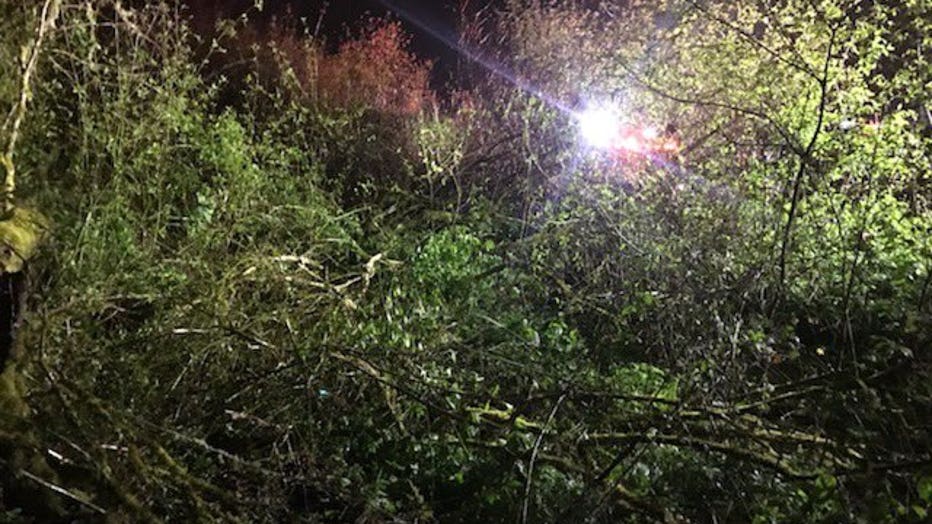 When the first crew arrived, the car was resting upside down nearly 50 feet below the road. Crews made their way through heavy brush to get down to the car. The five people inside the car were able to get themselves out of the car, but they were injured and needed to be treated, according to SKFR.

Due to the number of patients and resources it would take to move them up to the roadway, crews called surrounding fire districts for assistance.

All five passengers were taken to nearby hospitals. Four were taken to a hospital in Tacoma, one was taken to St. Michaels Medical Center in Silverdale.

Further information regarding the condition of the passengers or the cause of the crash has not yet been released.

RELATED: Driver on the Street: 'Sidewalk Rescue' provides hope without judgment in Tacoma