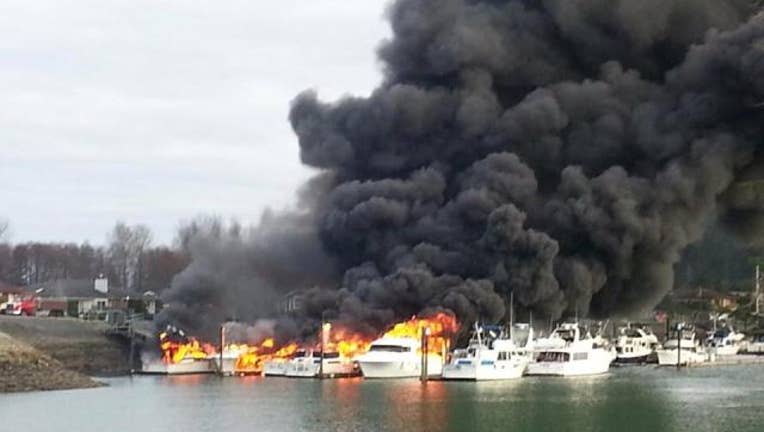 Crews were able to remove two damaged vessels this weekend but have run into problems recovering the remaining five ships. Fire damage to the ships has complicated the salvage efforts.

Crews are also using placing booms and absorbent pads on the water to recover fuel after discovering skimmers to be ineffective.

The fire broke out on a single boat and quickly spread to others. Firefighters said one of the burning boats broke loose form its moorings, and drifted to another dock which spread the fire even more.

Nobody was hurt and officials say there doesn't appear to be damage to wildlife.

Damage is estimated at more than $1 million. The cause is still under investigation.