Fire crews knocked down a fire at a townhome in the Highlands neighborhood Tuesday morning.

BELLEVUE, Wash. - Fire crews knocked down a fire at a townhome in the Highlands neighborhood Tuesday morning.

According to the Bellevue Fire Department (BFD), at around 9:00 a.m., crews responded to reports of a fire at a building near the corner of 140th Ave NE and NE 12th St. When crews arrived, they found heavy fire coming from the garage, but were able to knock it down quickly. 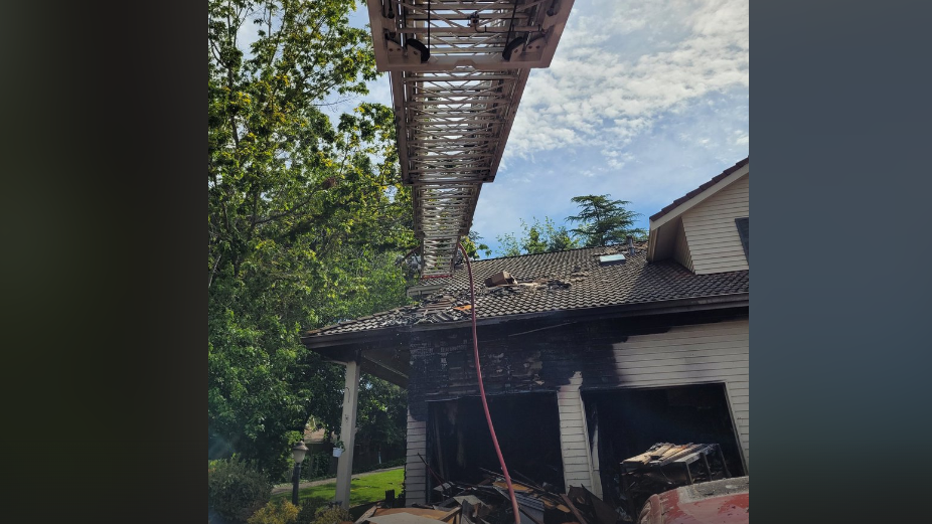 A half hour later, crews entered the building and discovered the fire had spread to the second floor. The BFD says crews managed to put a hose line on the remaining flames.

After searching the building, the BFD sent out a tweet saying no victims were found. Two homeowners and their two cats were inside when the fire started. All of them made it out safely thanks to their smoke alarms.

The family has declined assistance from the Red Cross, but they have been displaced from the home.

Fire investigators will remain on scene throughout the day to determine cause of the fire.