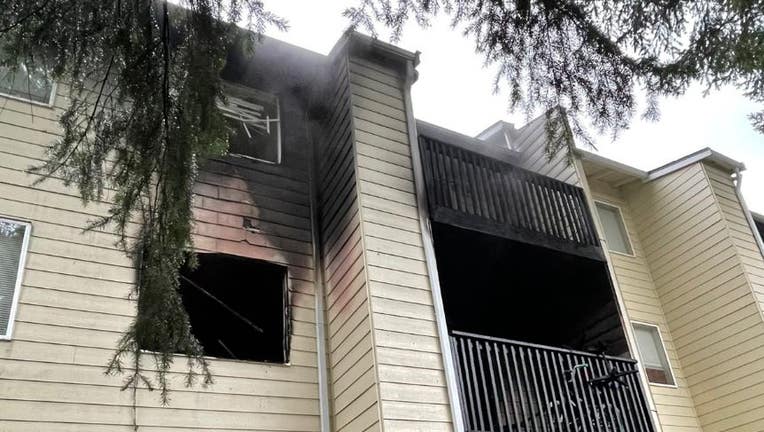 KENT, Wash. - Crews are investigating an apartment fire that displaced six families in Kent on Saturday.

According to Puget Sound Fire (PSF), at around 1:00 p.m., crews responded to the corner of 27th Pl. S and S 257th Pl. for reports of two-alarm apartment fire.

Initial reports stated the fire had spread to multiple floors.

The PSF announced just before 2:00 p.m. that crews from multiple agencies were able to knock out the fire in 20 minutes.

No firefighters or residents were injured in the fire, though six families were displaced. The American Red Cross will be assisting them with emergency housing needs.

The cause is currently under investigation.

RELATED: 'This is an ongoing problem in this area': Crews investigate arsons in Kent