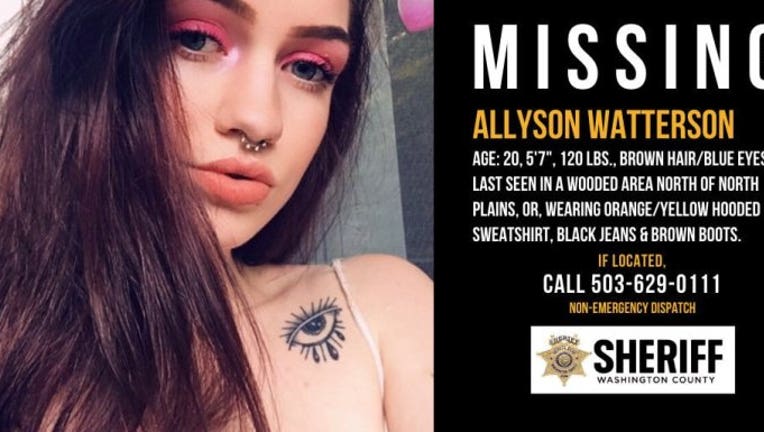 Watterson was hiking with her boyfriend when, according to the boyfriend, the two became separated, said Deputy Brian van Kleef, a sheriff’s spokesman.

The woman’s family reported her missing the next day. She is about 5-foot-7 and was wearing a hooded sweatshirt, black jeans and brown Calvin Klein boots during the hike, the sheriff’s office said. Watterson also had a red backpack with her.

Deputy Tony Morris said the sheriff’s office has expanded the canvass area and plans to deploy drones and helicopters to help in the search. Volunteers and search-and-rescue crews are still searching and Watterson’s friends and family created a Facebook page to coordinate and provide additional information.

The missing woman’s boyfriend, Benjamin Hunter Garland, was booked into the Washington County jail after Watterson’s disappearance on unrelated charges, including unauthorized use of a motor vehicle.

Van Kleef said authorities are not treating Watterson’s disappearance as a criminal investigation at this time. The sheriff’s office said Garland is cooperating with authorities.