Fire officials in Washington state say smoke is lifting over a complex of wildfires burning in north-central Washington.

Spokeswoman Suzanne Flory says visibility has improved and so has air quality, but so far fire activity has not heated up.

Flory says smoke often works as a cap on fire activity and when it lifts, the humidity goes down, temperatures go up and often fire activity increases.

Fire officials won't know until late Sunday or early Monday how much the Okanogan Complex of fires grew Sunday.

Meanwhile, officials say three firefighters injured in a fire near Twisp, Washington, on Wednesday are recuperating at home after being released from the hospital. A fourth injured firefighter is being treated at a hospital in Seattle. Three others were killed in the fire.

County officials have downgraded some evacuation notices, allowing some people to return to their homes. Sarah Miller, a spokeswoman with Okanogan County Emergency Management, says residents have been warned to stay ready to leave at any time and to not drive around looking at the fires. She says some people have been getting in the way of firefighting operations.

A new firefighting mobilization center is being set up at Fairchild Air Force Base near Spokane to help fight wildfires in Washington state. The base will be the staging area for 20 large fire engines and 10 water takers and will be run by a team from San Diego, California.

The new firefighting resources come one day after the Obama administration approved Washington Gov. Jay Inslee's request for a federal emergency declaration to help firefighting efforts in the eastern part of the state.

Sixteen large wildfires are burning across central and eastern Washington, covering more than 920 square miles. More than 200 homes have been destroyed and more than 12,000 homes and thousands of other structures remain threatened. 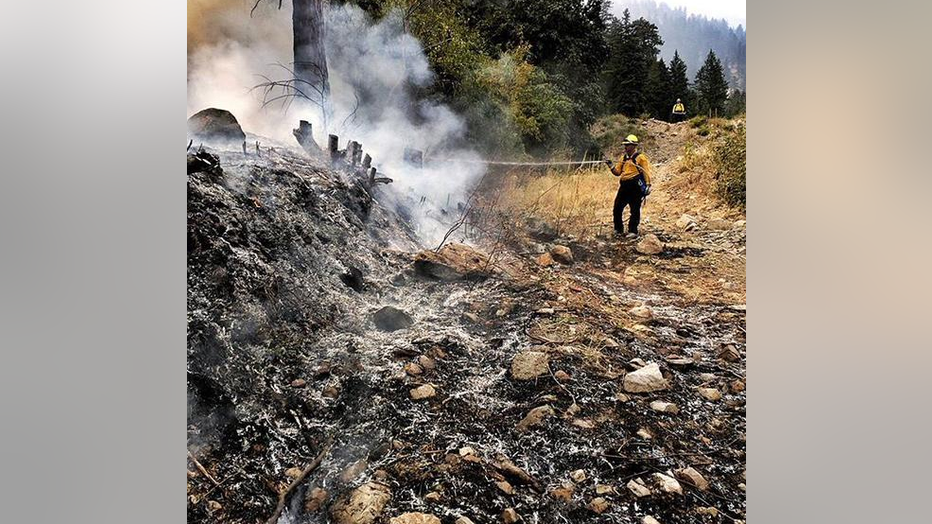