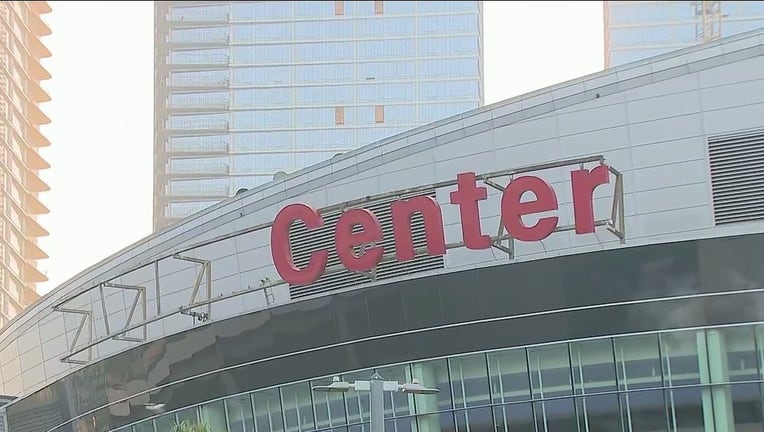 LOS ANGELES - Despite the disapproval from many Angelenos, the transition from Staples Center to the Crypto.com Arena is underway as crews began taking down the red letters early Monday morning in downtown Los Angeles.

Since 1999, Staples Center, also known as "The House that Kobe [Bryant] Built," has been home to the LA Lakers, Clippers, Kings and Sparks.

It was announced last month the official rebranding kicks off on Christmas Day when AEG and Crypto.com will unveil a new logo. In addition, all the Staples Center signage will be replaced by June 22, officials said.

The agreement also makes Crypto.com an official cryptocurrency platform partner of the Lakers and Kings. Crypto.com paid more than $700 million for the naming rights, making it one of the biggest naming deals in sports history. Crypto.com set a 20-year naming rights agreement with the owner AEG.

Since the high-profile signings of Kawhi Leonard and Paul George, the Clippers have proven in recent years they are title contenders. As the franchise continues to fight for respect and their own identity, they will move to their own arena, called the Intuit Dome, in Inglewood by the 2024-25 NBA season.