Now that the SR-99 tunnel under downtown Seattle is open to drivers, the Battery Street tunnel is not only defunct - it's what WSDOT calls "seismically deficient."  As the Alaskan Way Viaduct is demolished, crews are carting the rubble few blocks across Seattle and using it to fill in the decommissioned tunnel. 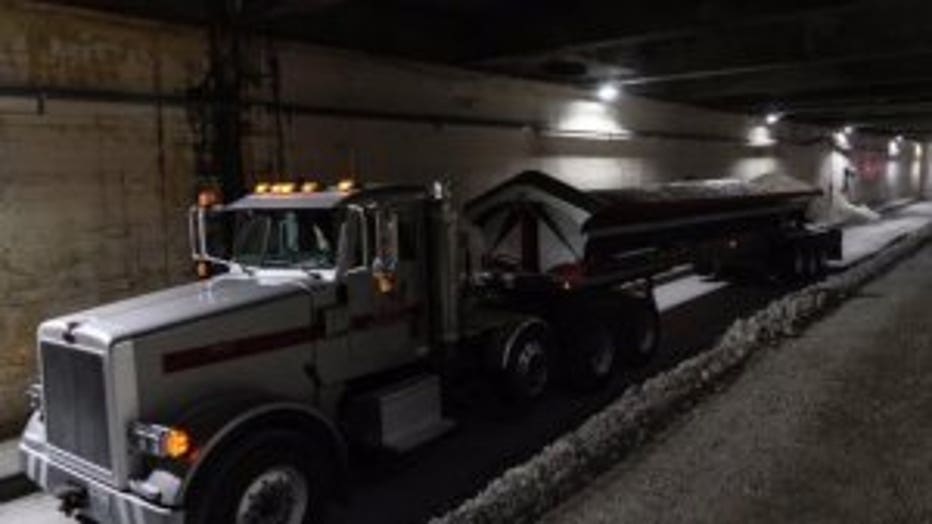 The process is a lot more complicated than just dumping bits of concrete onto the old roadway.  Officials with Kiewit Infrastructure West say preparing to fill in the tunnel took almost a month.

"There's a lot of utilities that had to get taken down, new utilities that got put in," explained Kiewit manager Phil Wallace. "We actually had to scrub all of the utilities on the surface, with - it's like a hydro-sponge blast, to take all of that out so that we can make everything safe; no environmental issues going forward."

New sewer and electrical lines are being installed as crews fill the Battery Street tunnel with concrete rubble that's been crushed to the size of large gravel.  Once the tunnel is full enough that there's no more room for machinery to operate, crews will pump concrete through the surface vents along Battery Street to fill the rest of the space. 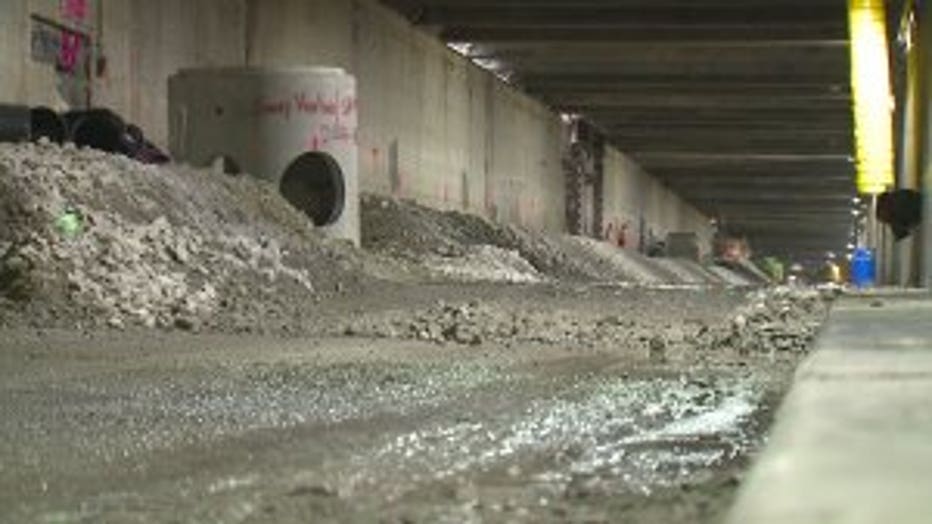 Officials say demolition and dumping is ahead of schedule, so and they're hoping to have the tunnel filled no later than early 2020.