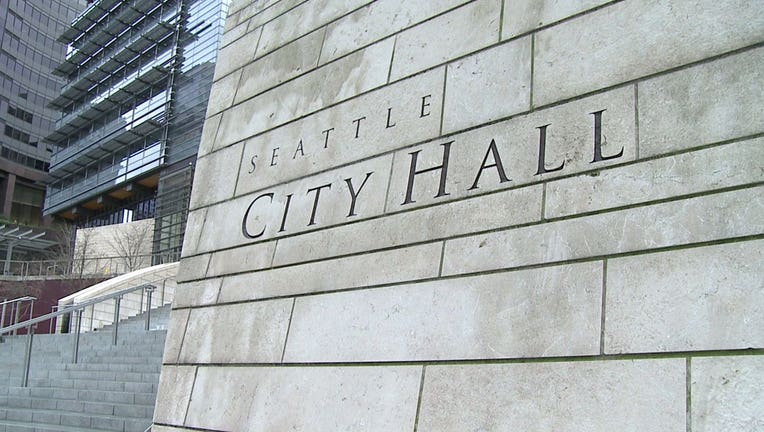 SEATTLE - Crews are working to clear out a homeless encampment at Seattle's City Hall Park following a string of violent incidents and attacks outside the building that have been linked to the camp.

After a recent attempted rape inside a courthouse restroom, safety concerns have reached a fever pitch.

So much so that King County Sheriff Mitzi Johanknecht, who has an office in the courthouse, told employees that they need to work from home. She said effective immediately, anyone not routinely interacting with the public needs to telework.

"There's been a murder, there's been attempted rape, a dog was killed. There's been assaults and batteries and those sorts of things so that would be number one," said King County Councilmember Reagan Dunn.

Now, the non-profit organization JustCare is working to move individuals who were living at Seattle's City Hall Park long-term to alternate shelter options including hotel-based shelters, tiny home villages and other 24/7 spaces.

Employees at the King County Courthouse demonstrated on Friday saying that their safety has become a blame game between the city and county.

According to Dunn, the 53 individuals living within the park seemed willing to accept the transition. However, Dunn suspects that they may not accept additional services being offered.

The goal of this initiative is to provide better safety after multiple incidents at City Hall Park.

The park will be closed mid-August for extensive outreach purposes. Repair and restoration will take up to three months under long-term activation plans for the park.