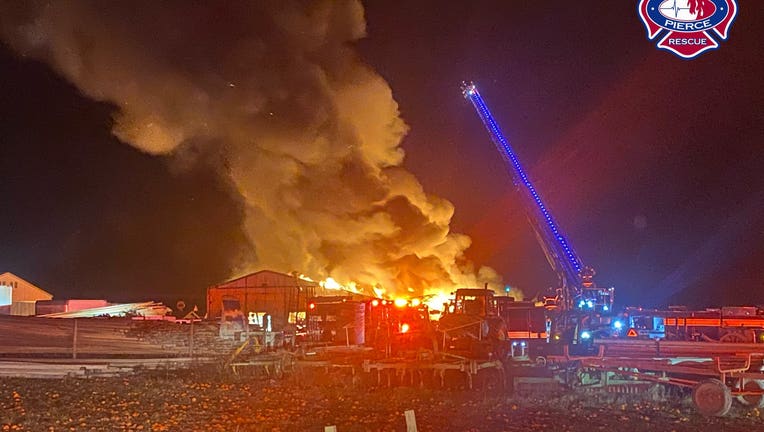 PUYALLUP, Wash. - Officials are investigating what caused a fire Thursday night at Spooner Farms in Puyallup.

Before 9:30 p.m., crews with East Pierce Fire and Rescue, Central Pierce and Orting Valley Fire responded to a report of a commercial fire at 9710 State Route 162 East.

When firefighters arrived, an outbuilding/barn was burning.

Crews got the fire under control after battling it for about two hours, and remained at the scene to monitor and put out hot spots.

No injuries were reported and no animals were hurt, officials said.

Fire officials warned that people could see and smell smoke in the area for a while.

The cause of the fire remains under investigation.

Spooner Farms has been family-owned since 1983. The farm harvests raspberries, blackberries, blueberries and corn during the summer months and transforms into pumpkin patch in the fall.