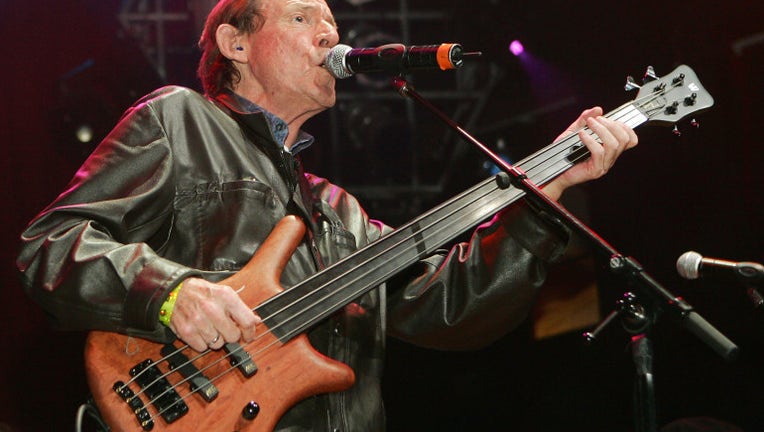 "The world of music will be a poorer place without him, but he lives on in his music and forever in our hearts."

Considered one of the greatest rock trios of all time, Cream was formed by Bruce, guitarist Eric Clapton and drummer Ginger Baker in 1966. The band produced such hits as "Sunshine of Your Love," "White Room," "Crossroads" and "Strange Brew," many of which Bruce wrote and sang. He also came up with one of rock's most memorable guitar riffs in "Sunshine of Your Love." The band members' infighting and drug use became almost as well-known as their musical talent, and the group parted ways in 1968.

"Jack felt that he had strayed too far from his ideals and wanted to rediscover his musical and social roots," according to his official biography.

Born to musical parents in Glasgow, Scotland, in 1943, Bruce played in various dance bands and jazz groups before joining the Graham Bond Organization in 1962, where he met drummer Ginger Baker. He later joined John Mayall's Blues Breakers and met guitarist Eric Clapton, leading to the formation of Cream.

Bruce went on to record solo albums and front bands, releasing more than a dozen solo LPs over the next four decades, including his latest, "Silver Rails," in March. Cream reunited briefly in 1993 for the band's induction into the Rock and Roll Hall of Fame.

Baker expressed condolences on his Facebook page Saturday for "the loss of a fine man."

"My thoughts & wishes are with his family at this difficult time."