Crash blocks northbound I-405 in Newcastle, 2 with life-threatening injuries

A crash that happened on I-405 created at least a 3-mile backup near Newcastle Monday morning. Authorities say two people were taken to Harborview Medical Center with life-threatening injuries.

NEWCASTLE, Wash. - Two people are recovering in the hospital with life-threatening injuries after a crash that happened on I-405 Monday morning. The Washington State Patrol (WSP) says the driver was arrested under suspicion of driving while impaired.

Just before 9:00 a.m., WSP Trooper Rick Johnson announced that all northbound lanes of the highway had reopened. The three far right lanes were closed off for around three hours, so officials could investigate the scene. 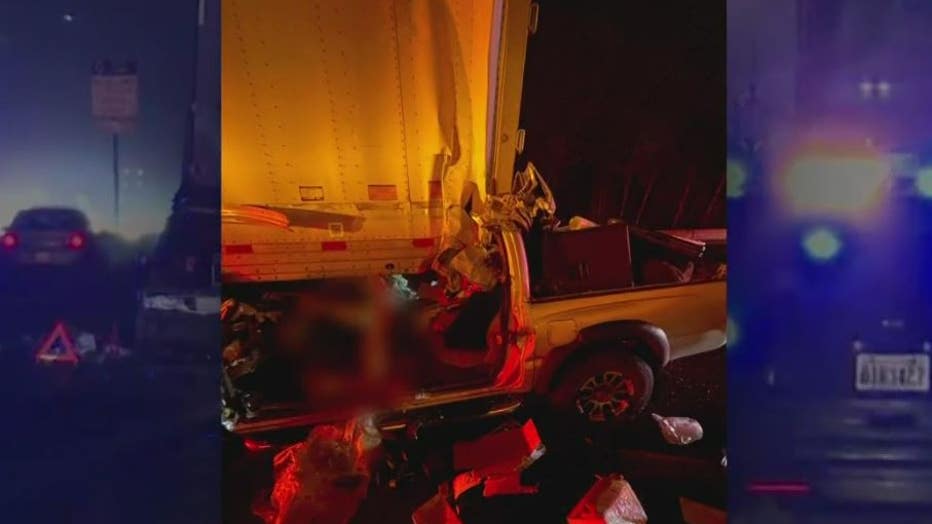 According to the Washington State Department of Transportation (WSDOT), police and first responders responded to reports of a crash on I-405 just north of NE 30th St. at around 3:00 a.m.

Just before 6:00 a.m., WSDOT announced that the highway had been reduced to one lane, which created a six-mile backup.

Authorities say a semi-truck broke down in the right lane of the highway, and the driver of regular-sized truck rear-ended the semi at a high rate of speed. The two passengers inside that truck have reportedly been taken to Harborview Medical Center with life-threatening injuries.

Authorities say the driver of the crashed truck was arrested for suspected impairment.