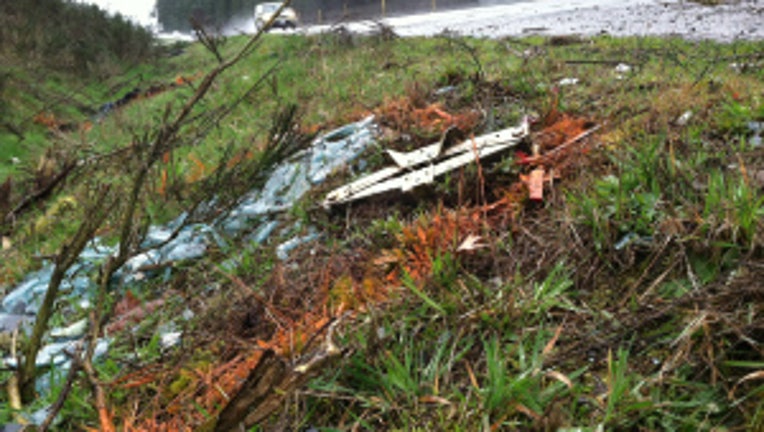 PURDY, Wash. -- The Washington State Patrol is investigating an early morning crash near Purdy, Wash.,  in which the driver allegedly admitted to police to being drunk and high on marijuana.

WSP said that both the man and his 9 year-old nephew were thrown from the vehicle; neither was seat belted. The man's 9-year-old niece was also injured in the crash; she was wearing a seat belt.

The crash happened around 1:30 a.m. Saturday on westbound State Route 16 as the driver tried to exit Purdy Drive to State Route 302.  The driver, a 26 year-old man from Gig Harbor, reportedly lost control and flipped his car.

Gill said that the driver was arrested on suspicion of vehicular assault, but that could be upgraded to vehicular homicide, if the boy does not survive.