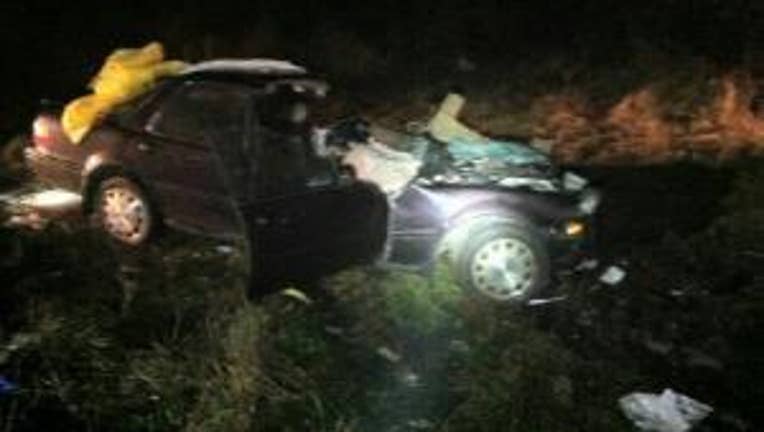 This is the fatal victim's vehicle. (Photo: Washington State Patrol)

ANACORTES, Wash. - a 17-year old girl is dead, and her sister critically injured after an accident on State Route 20 near Anacortes Thursday night.

The accident happened shortly after 5 p.m.

Troopers are still investigating what caused the man to lose control.