A Federal Way police officer was seriously injured after he rear-ended an SUV in Graham Thursday morning.&nbsp;

GRAHAM, Wash. - A Federal Way police officer was seriously injured after he rear-ended an SUV in Graham Thursday morning.

Trooper Ryan Burke with Washington State Police said it happened about 10 a.m. when a blue Chevy Suburban was stopped to take a left. The officer rear-ended the SUV and was taken to the hospital with serious injuries. Burke said the officer was alert at the scene. 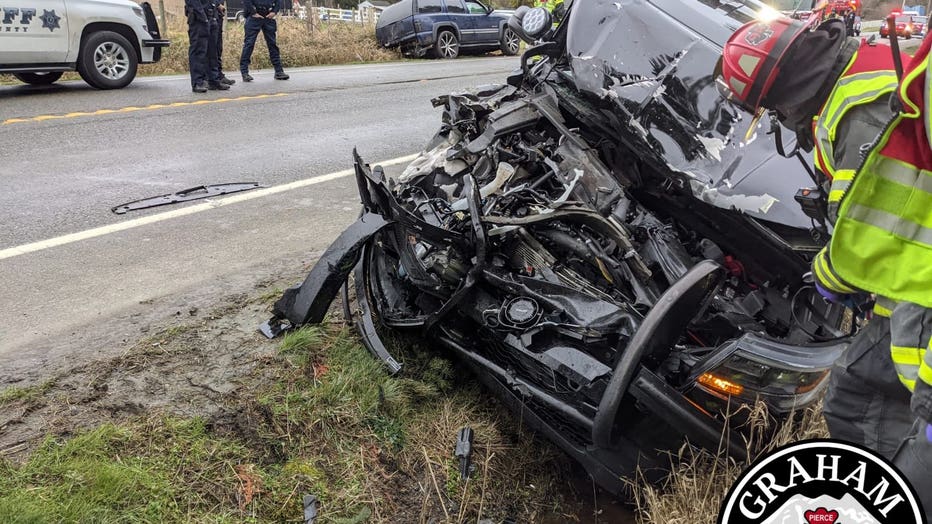 The Suburban driver was taken to a hospital as a precautionary measure. There were a few children in the SUV. All of them are OK.

Meridian Avenue was closed in both directions while crews investigated. Roads have since reopened.