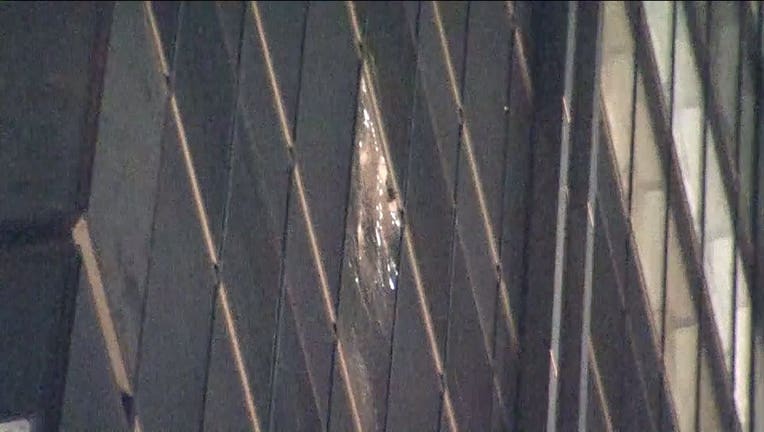 NEW YORK — The block of a crane crashed into the 12th floor of the partially-built 3 World Trade in Lower Manhattan Thursday night.

The block, which hangs by cable from the crane, crashed into the building located at 175 Greenwich St. about 8:35 p.m. The building is still under construction and is slated to open early 2018.

There are no reported injuries, NYC Officer of Emergency Management said. 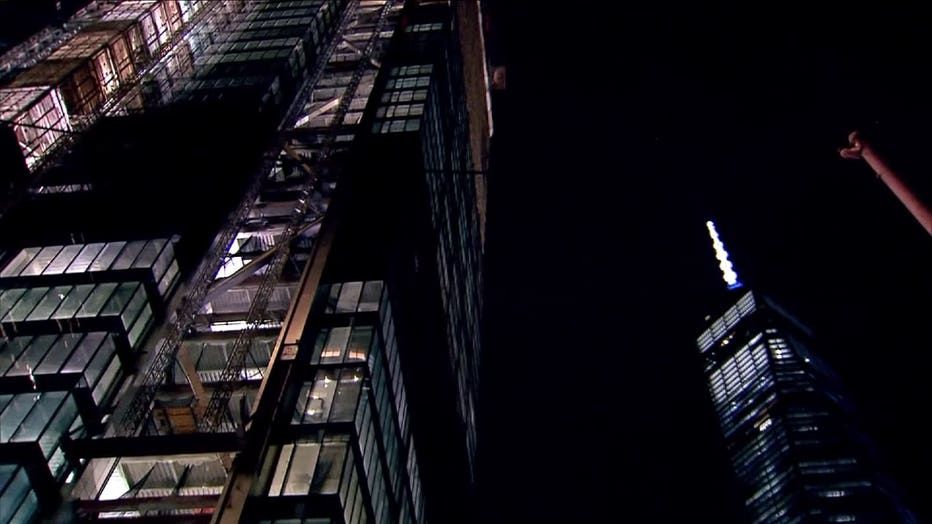 The building is still under construction and is slated to be finished by 2018. (WPIX)

OEM initially said it was a wrecking ball, but sources told WPIX it was a block that was part of a crane at the construction site. Crews are working to dislodge it from the building.

The block hit a tempered glass window which is not in danger of falling, according to a source at the scene.

The building stands at the center of the new World Trade Center and is 80 stories high and 1,079 feet tall.

This is a developing story. Please check back for more information.